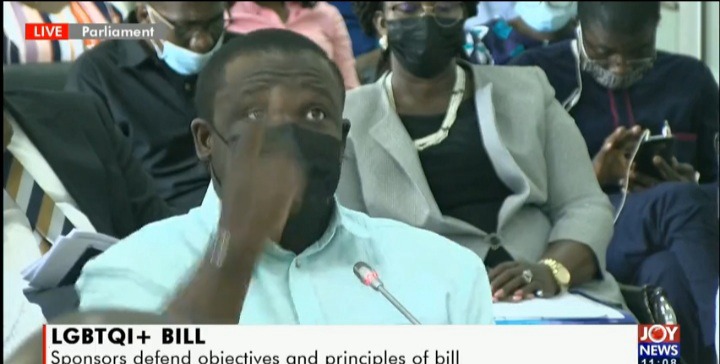 Over the past few months, debate on the legalisation of the LGBTQI phenomenon has received massive atyen from Ghanaians. An ANTI-LGBTQ bill has been sponsored by the Member of Parliament for Ningo Prampram constituency, Honourable Sam Nartey George. According to the memorandum before the House, the bill seeks to promote proper human rights and Ghanaian family values. Indeed, the bill has received support from many Ghanaians including Clergymen, lawyers and lawmakers.

However, a group of 18 professionals have also resisted the bill after they described the bill before Parliament as insensitive and extreme in its content. According to the dissenting voices led by renowned Lawyer Akoto Ampaw, the bill only comes to deepen the woes of minor Ghanaians and stigmatise against them in the society. In attempt to quash the bill, they have submitted a memo to defend their position on the bill. 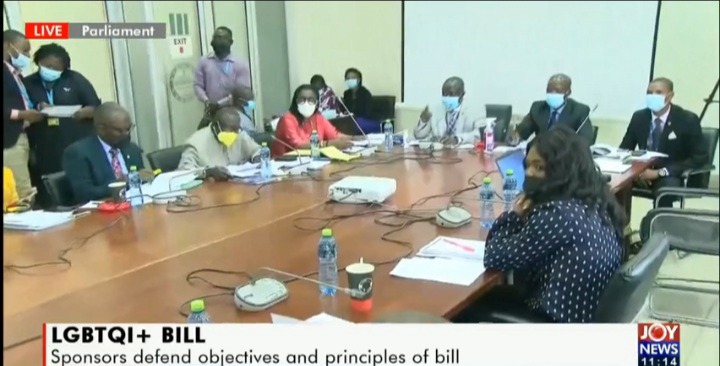 Earlier today, the Committee tasked to review the bill engaged the main sponsor of the bill, Sam George and his cohort over the objectives of the bill. Sam George appeared clad in all white cloth with full confidence as he mounted a strong defense for his bill. 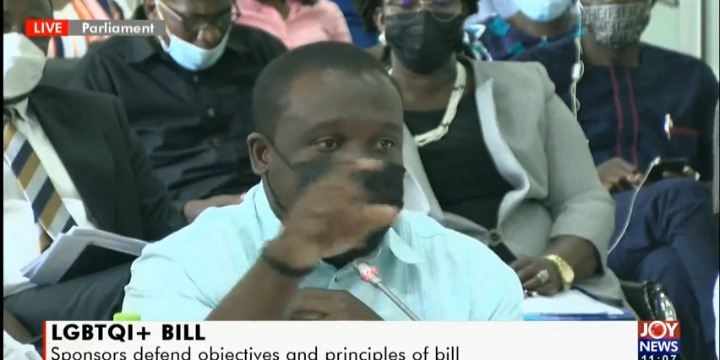 Speaking further, Sam George played a video trailer of a song from the LGBTQI community that threatens to capture Children into the activities. The lawmaker believes strongly that, the intention of the community cannot be entertained as it threatens our future. Finally, he defended the authenticity of the video by providing the source to the Committee.

He said, "I pulled this video from their original instagram page. It can also be found on their official website. We can access it here to see whether it is fake video. I cannot present a false information before this committee."