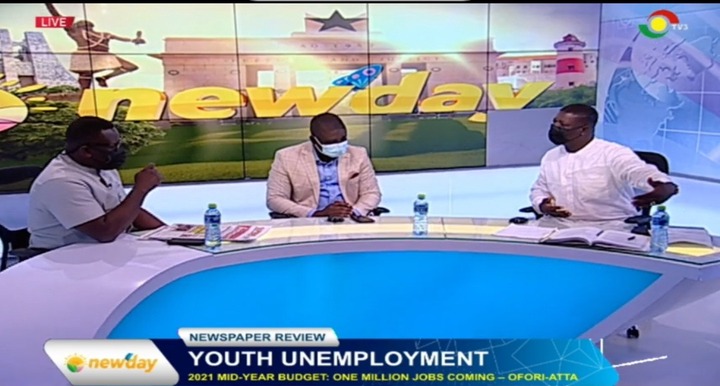 It was an interesting discussion on TV3’s ‘New Day’ morning show as Kamal Deen, an NPP Director of Communications and Rockson Dafeamekor, NDC MP for South Dayi clashed on youth unemployment in the country. According to Johnny Hughes who mediated between the two, NABCO members were promised permanent jobs and up till now most of them are yet to find the promised jobs. 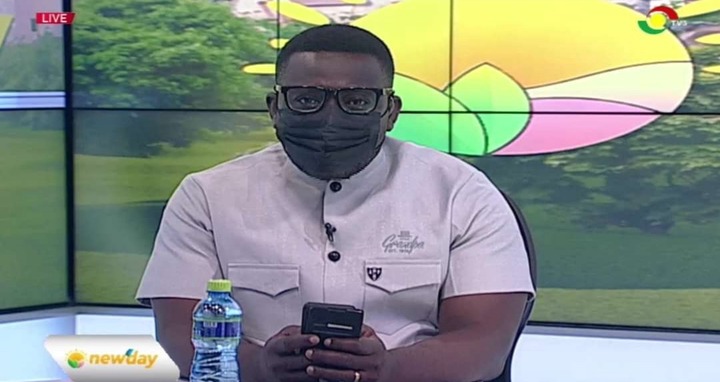 Johnny also questioned Kamal as to why government delays salaries of national service personnel causing the amount to lump up and later publicly declare that they have paid. He wondered why the little stipends are denied of the service personnel and the state of employment in the country.

Kamal Deen in response was of the view that everything is under control. He argued that Covid-19 had messed up the plans of the government and drained them of their efforts to create more jobs. He added that service personnel salaries delay because the country is not in normal times.

Rockson Dafeamekor was however not pleased with the response of Kamal Deen. He raised the point that government is consistently using Covid-19 as an excuse for their mismanagement. He called on the NPP to admit that they had failed when it comes to unemployment. Kamal Deen interrupted and mentioned that they are struggling because the previous government had failed disastrously and that was why the NPP were struggling to destabilize the country.

Kamal added that the mere fact that the host, Johnny Hughes and the crew were in nose masks showed that the country was not in normal times. When pushed to the wall to explain why covid-19 is the only excuse given to justify the unemployment and hardships, all he said was “It is what it is. Covid has brought the country into times that are not normal”