You Have Lost Your Mojo, You Can’t Talk About Corruption- Mahama Blasts Ghanaian Media 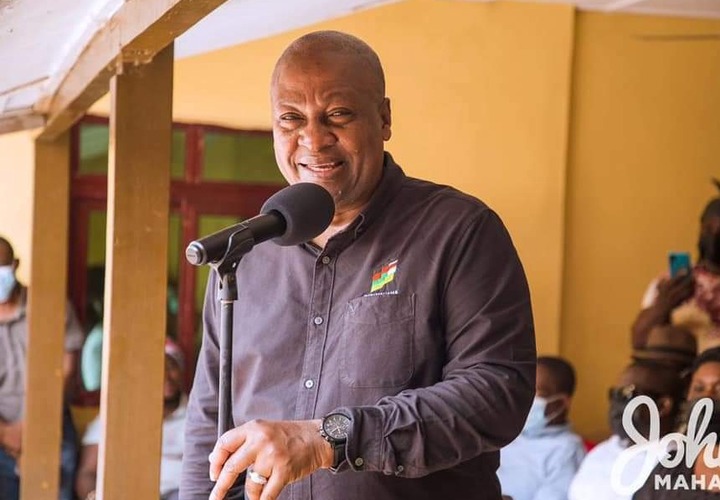 Former President John Dramani Mahama has taken a swipe at Ghanaian media over how they have handled matters of corruption in the country. He laments the media has lost its voice in fighting corruption as witnessed in President Nana Akufo Addo’s government.

He indicated that the once outspoken and investigative journalism that captivated the media space under his administration had practically lost its bite, fearing that things could get worse if this is allowed to fester. John Mahama stressed that he is not impressed with how the media has been reacting to corruption scandals reported about the government.

Speaking on Cape FM as part of his Thank You tour in the Central Region, Mr. Mahama mocked that the media has lost its mojo, and thus made itself ‘irrelevant’ in correcting the ills of today’s Ghana. In a figurative speech, the former President emphasized that media has lost its potency to fight the government on corruption among its appointees, adding that it had virtually become like women.

“Today, all of you have turned into women. You can’t talk. Their mojo has diminished”

He mentioned that there are obvious facts about how dubious deals have been taken by government officials and families of the President without any punitive measure taken against them. John Mahama cited the PDS scandal, Agyapa Mineral Royalties, Missing Excavators, and among several others as being classical cases of corruption that had been shelved by the Akufo Addo government.

He went further to note that the former Special Prosecutor, Martin Amidu was simply tranquilized in his work, adding that it was the very reason no case got investigated and concluded during his tenure.

“They brought Martin Amidu in but he had his hands tied at his back,” he said.

Mr. Mahama remarked that the entire government machinery has been corrupted and as such cannot fight the menace. He indicated that the only way the Akufo-Addo administration has dealt with corruption in Ghana is through a mass clearance of persons indicted by investigative reports.

“The government machinery is involved in hiding scandals among its people.”