Registration for party card ongoing – John Boadu to the NPP

By barbaraagyeman006 (self media writer) | 10 months ago 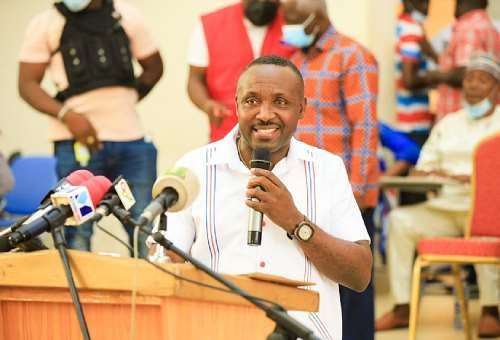 Despite the fact that the Party announced September to be the month of mass registration, he claims the process is still ongoing, asking all members to register.

Mr. John Boadu made this declaration on Saturday, October 2, 2021, at the Wa Technical Institute, while speaking to the Party's Upper West Regional Annual Delegates Conference in accordance with Article 9 of the Party's Constitution.

He added that naming September as the month of mass registration was done to both officially herald the start of the registration process and to pique the interest of party members and potential members in the process.

It was not intended to imply that if someone was unable to enter their name in the register before the end of September, they would be unable to do it thereafter.

As a result, he asked Party members at all levels, as well as those who aspire to join the Party but have yet to register, to do so by visiting their local polling stations to update their records and have their information recorded in the polling station registers.

He stated that this is a continuing process, which, in accordance with Article 3(10) of the Party Constitution, requires the Party to preserve polling station registers and update them every six months.

With the Party's internal elections slated for early next year, John Boadu also utilized the opportunity to underline the Party's view that no prospective registrant should be stopped from having their information recorded in voting station registers.

He stated that the Party will issue distinct rules and regulations for the conduct of all internal elections/primaries, ranging from polling station elections to parliamentary and presidential primaries, at the proper time.