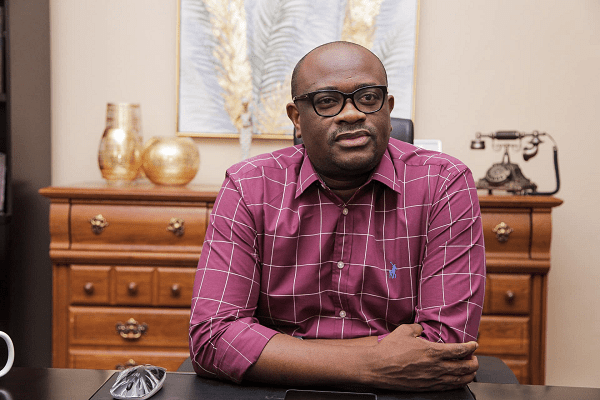 A former Presidential staffer under the Mahama administration has called for the resignation of the Foreign Minister, Shirley Ayorkor Botchway.

According to Stan Xoese Dogbe, the Foreign Minister has failed to hold high Ghana’s relations with the Russian government. 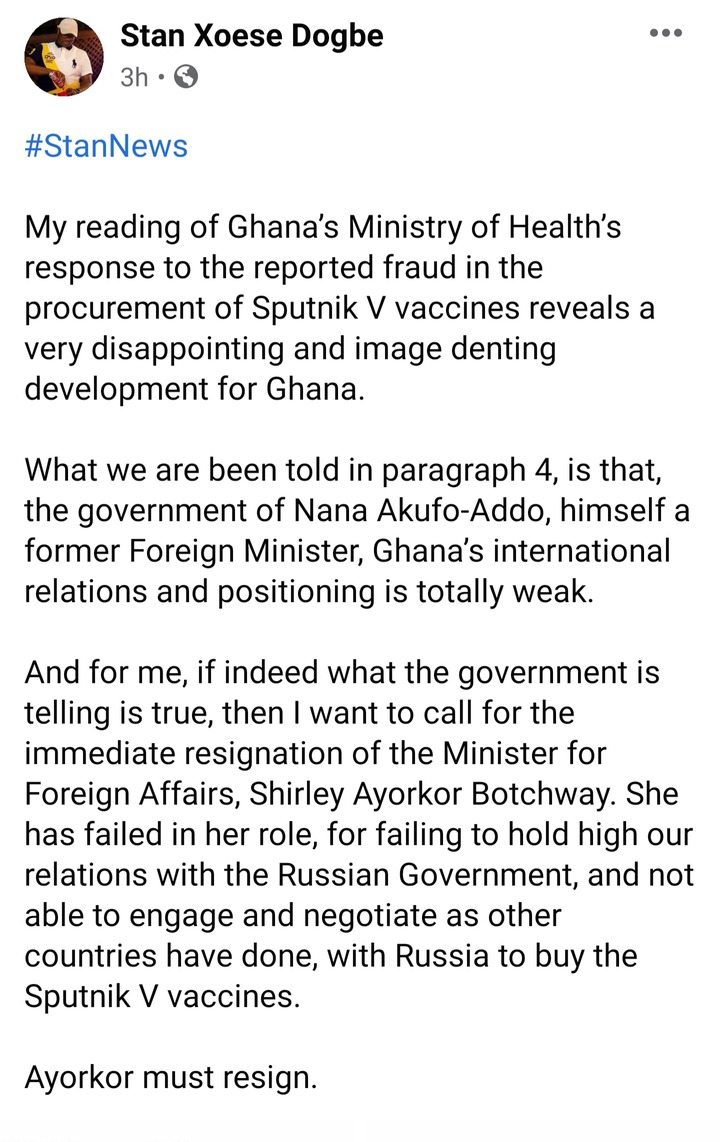 His call comes on the back of revelation in a press statement by the Ministry of Health that it engaged the Russian authorities to procure the Russian-made Sputnik V Vaccine.

According to the press statement, the Ministry of Health held multiple meetings with Russian authorities, including the Russian Prime Minister, the Foreign Minister, the CEO of the Russian Direct Investment, and the Deputy Russian Ambassador to Ghana to directly procure the Sputnik V vaccine from Russian but to no avail.

This led the ministry to turn to the open market to procure the Sputnik V vaccines twice the original cost.

However, according to Stan Dogbe, the failure to procure the vaccines directly from Russia should be put at the doorstep of the Ayorkor Botchway.

He said: “And for me, if indeed what the government is telling is true, then I want to call for the immediate resignation of the Minister for Foreign Affairs, Shirley Ayorkor Botchway.

“She has failed in her role, for failing to hold high our relations with the Russian Government, and not able to engage and negotiate as other countries have done, with Russia to buy the Sputnik V vaccines.

He, therefore, called in the Minister to resign from her position.