You Are Abusing The Executive Powers Given You, Jonny Hughes Tells Nana Addo It has been eight months since the president of the land, Nana Addo Danquah Akuffo Addo has been sworn into office for his second term of office. Many Ghanaians, therefore, find it difficult to come to terms with the fact that the president has not nominated any Metropolitan, Municipal, and District Chief Executive. A section of the citizens mounts pressure on the first citizen of the country to do the needful and exercise his constitutional obligation by nominating the heads of the various MMDCEs.

But for some challenges, President Nana Akuffo Addo would have been credited for being the president under whose watch the much MMDCEs have started to be voted for. This leaves many people baffling as to why a man who places such a premium on the local government does not execute his constitutionally given power by having people nominated as early within the laws to get people to man the districts in the country.

Ghanaians cannot also fathom why a transitional government which is power delay in its mandate towards nominating of MMDCEs. 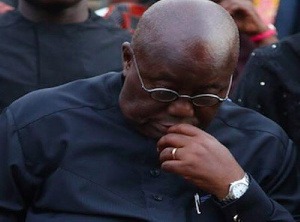 To add his voice to the countless voices who are mounting pressure on the president, Nana Addo Danquah Akuffo Addo, Mr. Jonny Hughes, the host of the TV3 NEW DAY Show, expressed his discomfort about the situation and asked the president to fast track his processes to nominate the MMDCEs. To him, the president is abusing the executive powers given to him under the constitution. "

"Good morning sir, it has been eight months into your second term, you have not given us MMDCEs, you are handing over to yourself. You have asked people to act, Mr. President you are an astute lawyer, I have read article 936, thus the local government law, I don't see anywhere in that law that gives you the power to ask people to act because I do know you must first nominate and two-thirds of the majority of the assembly always approve. So now that you are asking people to act for eight months, are they drawing from the consolidated funds? On what strength of law are they doing that particular one? Mr. President, 243 of the 1992 constitution says you shall appoint MMDCEs, it didn't say you might, may or could, it is mandatory, I believe Mr. President respectfully you are abusing the executive powers given you", he said.

Mr. Jonny Hughes also bemoaned the lack of development at the district level due to the delay in nominating the MMDCEs.