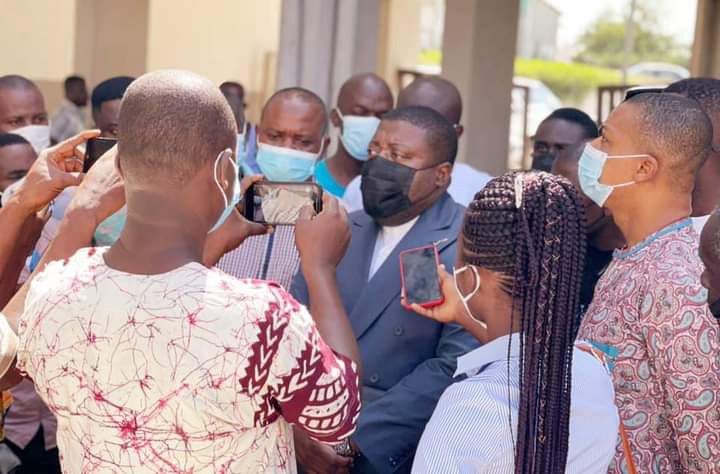 The National Youth Organizer for New Patriotic Party, Henry Nana Boakye known as Nana B who is a lawyer in the court case for NPP has given an update on election petition between NPP parliament candidate and NDC MP, Hon James Gyakye Quayson in court.

When the Presiding judge called for Counsel to announce themselves, Amaliba ESQ, stated that he was not appearing for James Gyakye Quayson but was in court only to move his application to withdraw as Counsel.

Amaliba ESQ, however refused to move the application indicating his client has not been served with the motion. In spite of the wide publicity Amaliba’s application to withdraw as Counsel has received on various traditional and social media platforms, Amaliba ESQ, informed the Court rather surprisingly, that his client, James Gyakye Quayson was not aware that he was withdrawing as his Counsel in the matter.

Counsel for Petitioner, bemoaned the deliberate attempt to delay the matter and prayed that since Counsel for James Gyakye Quayson was withdrawing, the Court orders 1st Respondent himself to appear subsequently.

The Presiding Judge charged Amaliba ESQ, to facilitate the service of the motion of his client, James Gyakye Quayson and adjourned the matter to 08/06/21 for the hearing of Amaliba’s motion to withdraw as Counsel" he disclosed to the public today.

"Stop That And Increase Our Salaries"- Ghanaians Tells Dr Bawumia