All About NPP's Charles Bissue: His Appointment by H. E Nana Addo, His Marriage, His Brawl. PICS

Charles Cromwell Nanabanyin Onuawonto Bissue is a politician, Nana Addo Appointee, husband and father. Even though, he has been very active in the NPP party, he may have come to be known nationally, when he was appointed by H. E Nana Addo, to literally lead the President's "anti-galamsey" campaign and efforts, which has since failed and folded up unceremoniously. 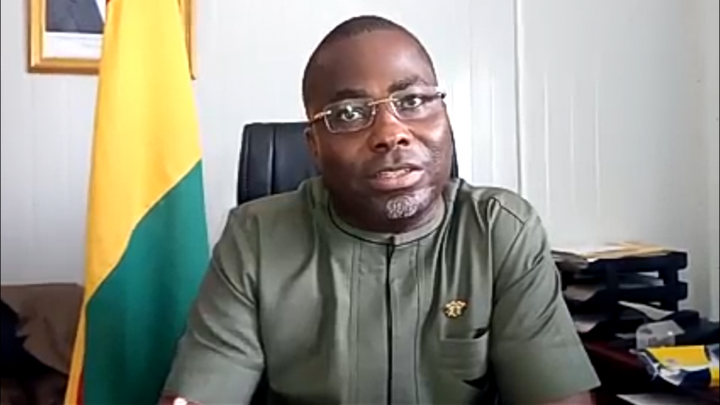 Well, following a massive Citi FM anti-galamsey campaign led by Bernard Avle on his Breakfast Show, the President, H. E Nana Addo started the Inter-Ministerial Committee on illegal mining, as the governments main body to lead a national fight against "galamsey" and it was commissioned two months after the swearing-in of H. E Nana Addo, in March 2017 by President Akufo-Addo to specifically sanitize artisanal and small-scale mining in the country as well as develop a roadmap towards lifting an indefinite ban on small scale mining that lasted about 21 months.

Presidential Staffer and NPP stalwart, Charles Bissue was appointed as the Secretary to the Inter-Ministerial Committee on illegal mining (IMCIM) and after months of leading this charge, by February 2019, Mr. Charles Cromwell Bissue had been indicted in an exposé by investigative journalist, Anas Aremeyaw Anas and in the video that went viral, Charles Bissue was been handed monies illegally. 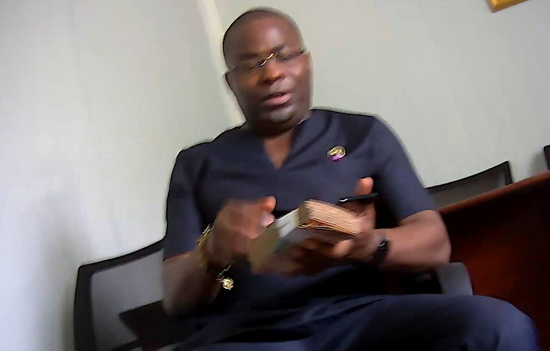 In a documentary released by Anas, Mr. Bissue is captured accepting money ostensibly to facilitate clearance for a mining company without going through due process and he was heard in the video instructing his subordinates to fast-track the processing of the company’s documents. Several others connected to the work of the committee, otherwise known as the Presidential Committee on Environment and Natural Resources, were seen in the video playing “facilitating” roles at negotiated fees. There are security operatives, informants and go-between who also offer to provide the company with information on the movements of a security task-force against illegal miners, and others who contribute to provide armed guards for the company’s concession.

All these were actions that were in sharp contrast with the objectives of the very institutions they work with or purport to work for. The monies he took on the video, were later made public to be as much as a total of thirty-five thousand cedis (GHc35,000) in cash according to Mr. Anas’ post, and he added that, it was paid as bribes to Mr. Bissue to side-step due process for acquiring mining license. This one action, may have eventually led to the defeat of the entire nationwide anti-galamsey fight and it has never resurrected again, even till this day.

It must be emphasized that, despite all these allegations with evidential video footages to back it, Mr Bissue posted a strong denial of any wrongdoing as captured in Anas’ latest investigative piece dubbed ‘Galamsey Fraud’ and in a statement on said he was stepping aside in order not to compromise the work of the Committee and also interestingly called for investigations into the allegations of corruption, criminality and misconduct levelled against him in the documentary, insisting that he’s innocent.

“I have taken notice of the contents of the latest documentary by Tiger Eye P.I., titled ‘Galamsey Fraud.’ I would like to state, at the very outset, that I am innocent of the allegations levelled against me in the documentary, as I was not and have not been engaged in any acts of corruption, criminality or misconduct,” he said in a statement.

“I have informed the President of the Republic, Nana Addo Dankwa Akufo-Addo, and the Minister for Environment, Science, Technology and Innovation, Prof. Kwabena Frimpong-Boateng, Chairperson of the IMCIM, of my decision to step aside from my position as Secretary to the Committee, pending an investigation into the allegations,” his statement read. 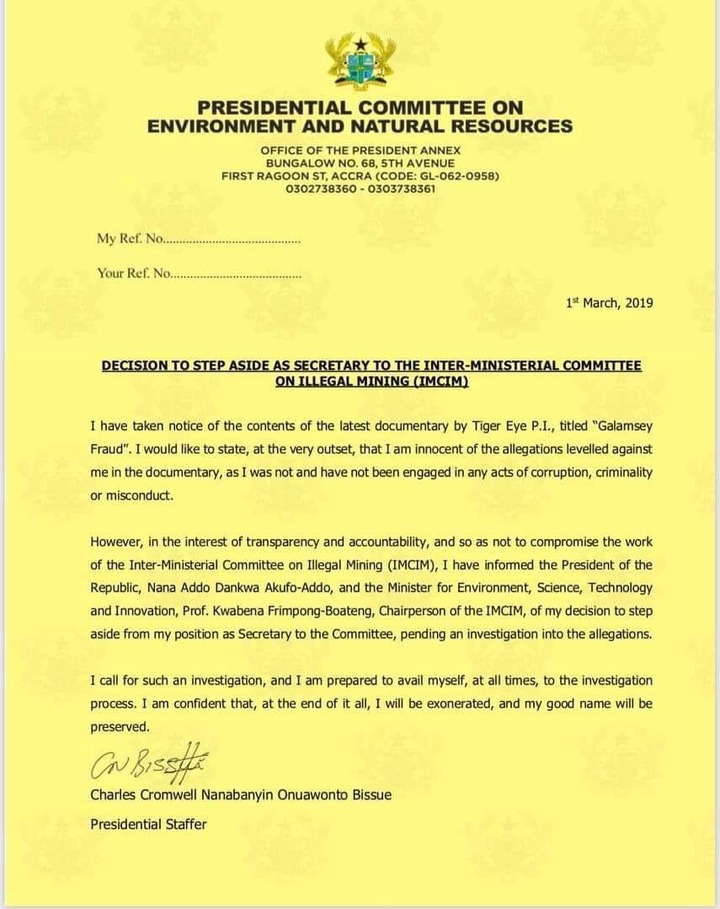 Interestingly, the Government had said it cannot establish the status of the former Secretary to the Inter-Ministerial Committee on illegal mining, Charles Bissue while investigations into his conduct were ongoing then and in updating the public on Mr. Bissue’s fate at the ‘meet the press series’ in Accra then, the then Lands and Natural Resources Minister, Kwaku Asomah Cheremeh had said the government will take a decision after investigations are concluded and indeed, the investigations were completed fast and with clarity, Charles Bissue was not guilty of taking bribes to side step his duties.

As barely by three months months time, in June 2019, the Criminal Investigations Department (CID) of the Ghana Police Service had exonerated the former Secretary to the Inter-Ministerial Committee on illegal Mining (IMCIM), Mr Charles Bissue, from allegations of corruption, as according to them "after thorough investigations, the CID, in a final report, concluded that Mr Bissue did not circumvent the laid down procedures of the IMCIM to favour ORR Resource Enterprise, the company at the centre of the incident." This did not come as a surprise to many, as its typical of politicians, to defend their own.

By September of the same 2019, Mr. Charles Bissue and his girlfriend, Nana Dokua Asiamah Adjei, then the Deputy Information Minister tied the knot, with close associates of both, ministers and other government officials in attendance. 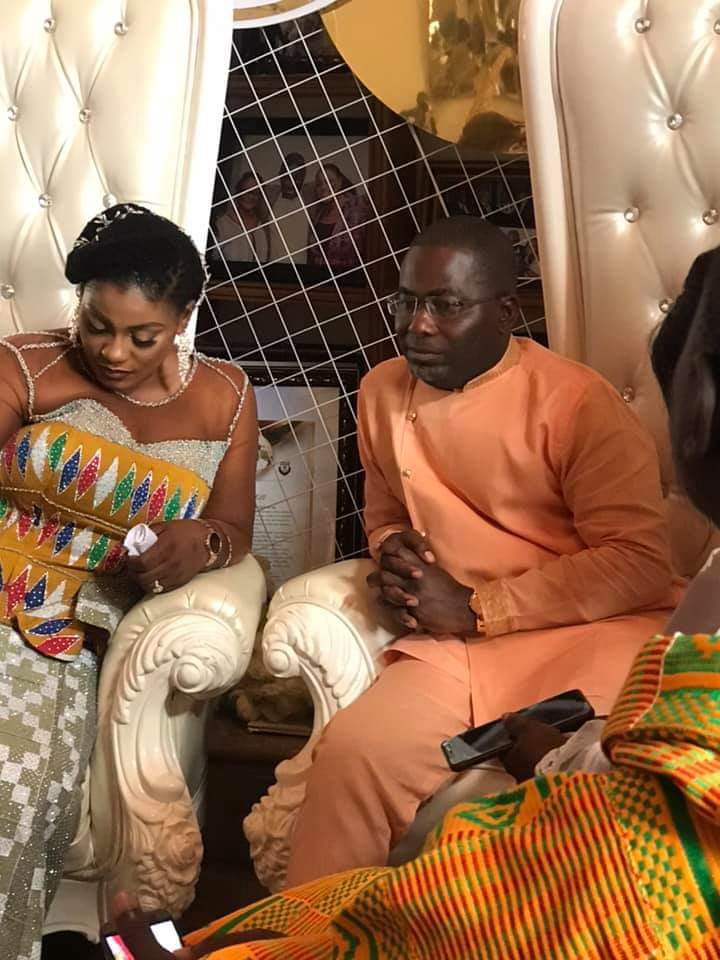 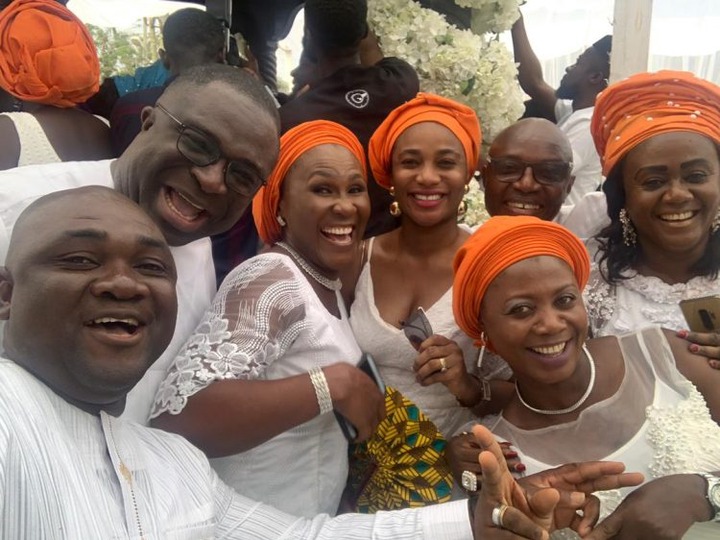 Three months after their marriage, the couple welcomed their baby to the world in the USA. A Deputy Chief Executive at Microfinance and Small Loans Centre, Afia Akoto, took to Facebook to congratulate the couple. 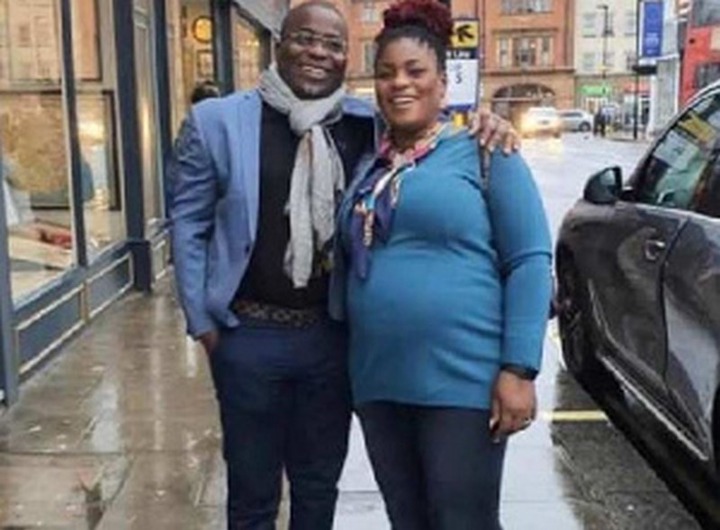 Then almost a year after his marriage, he reminisced his time at the "galamsey fight" and said, although he was discomforted by the ‘galamsey’ fraud exposé, he is still proud of the strides he made in the country’s fight against illegal small scale mining. So whiles speaking on the Point Blank segment on Eyewitness News, Mr. Bissue insisted that he will gladly take up his role at the Committee when given the opportunity. “I wouldn’t say I regret the Anas’ expose. But yes [I feel embarrassed]. It depends on where you are coming from. We were shown what I exactly did in there but if you are asking me about the job and what I did, I have not regretted doing it. If there is an opportunity, I will do the same things that I was doing as a secretary of the IMCIM a thousand times. I did not take any money to circumvent the processes. Vindication is in the womb of time. Let’s wait for the Special Prosecutor to finish investigations. I am sure when the Special Prosecutor is done, the conclusion will even make it easier for all of us to talk about,” he told Umaru Amadu Sanda.

Interestingly, three months after this interview Charles Bissue was in the news for a brawl with a sitting Member of Parliament and if you don't understand the word "brawl", this picture of his, should get you to appreciate the term. 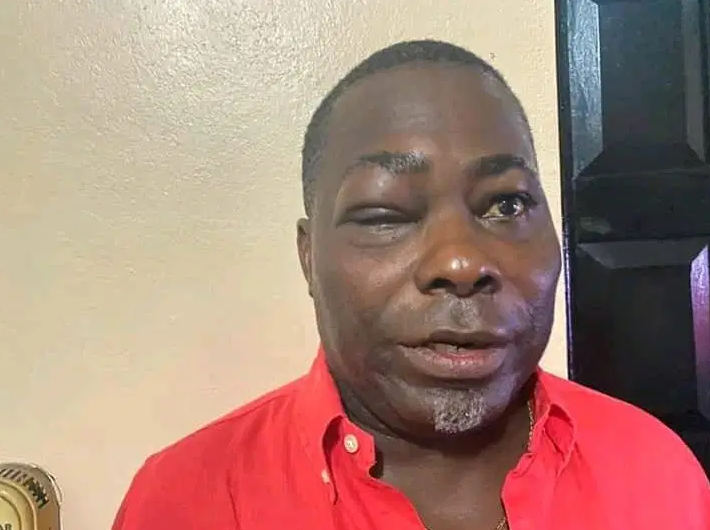 Mr Bissue was maintained as a Presidential staffer all through this and was also the party's Western Regional Secretary reportedly got into a scrap with the NPP Member of Parliament (MP) for Tarkwa-Nsuaem in the Western Region, George Mireku Duker at a meeting, which had NPP national campaign manager, Peter Mac Manu and Director of Operations at the Presidency, Lord Commey present.

Then in his defense, Charles Bissue, denied instigating a brawl which reportedly left him with an eye contusion and swellings on his face. However, one of the photos which went viral showed the presidential staffer with a bloodied eye, which was being examined. The report claimed the bad blood between the pair started when Mr. Bissue decided to support an independent candidate during the parliamentary primaries, instead of the incumbent. The report further cites an eyewitness account, which claims Mr. Bissue grabbed the hands of Mr. Duker and bit it several times during the fight. 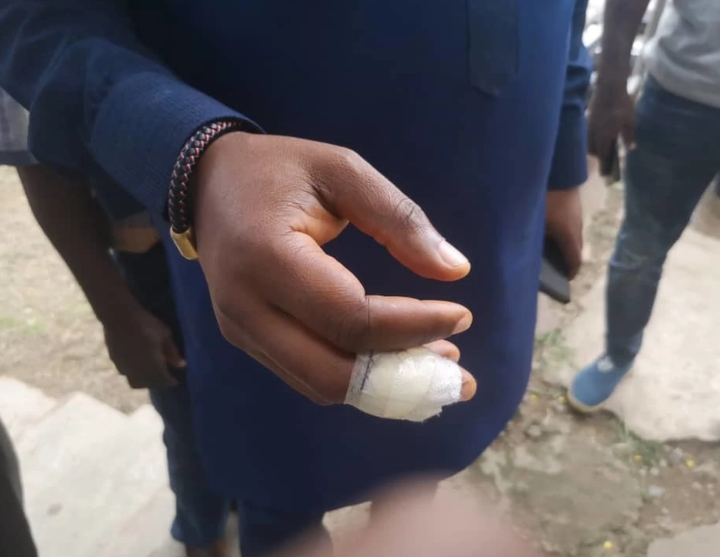 By October 2020, just few weeks to the heat of the just ended general elections, the Member of Parliament for Tarkwa-Nsuaem, George Mireku Duker and the Western Regional Secretary of the governing New Patriotic Party who doubles as a presidential staffer, Charles Bissue, finally agreed to work in peace for the interest of the party following the fisticuffs between the two, as the two were spotted in a photo shaking hands with some party leaders charged to settle the differences.

Confirming the incident, Hon. Mireku Duker said the incident was unfortunate and apologized for the incident but argued he had to defend himself since he was attacked. “It is refreshing. As a human being, you need not say never. We have come together, and we have seen ourselves as brothers. It was an unfortunate event which shouldn’t have happened, but I will say, sometimes it happens in life. As I have already indicated to my supporters and well-wishers, I apologize to them that I couldn’t do anything because I had to defend myself. I was even seated and didn’t know he was even coming on me and I had no option than to defend myself. It’s very unfortunate it happened and I have already apologized to my people,” the MP added.

Charles Bissue's assistant, the Western Regional Deputy NPP Secretary, Rex Jonfiah had however revealed that, a five-member committee was formed to resolve the issue. “A committee was put in place to amicably resolve the matter between the two but the committee is yet to submit their report to the chairman and for that matter the regional leadership”.

These all may be in the past of Charles Bissue and with him serving actively in government now, still as a presidential staffer and now a father also, maybe, we can expect his next appointment and progress and truly and hopefully, he will not have any of these negatives in his future. All the best Sir, as you serve God, country and party.