Former president Jerry John Rawlings has been receiving several public backlash for his recent comments about the infamous June 4 revolution. 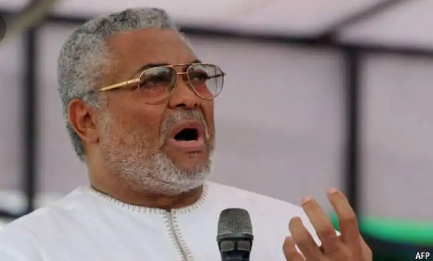 The former president said the revolution which led to the killing of several Ghanaians and military officers including former rulers of the country was an exercise to use some people as sacrificial lambs for the killing of 80 others.

He said there was also some element of tribal sentiments associated with the Murder of these officials as a greater number of them were from a particular tribe.

Former president Jerry John Rawlings who spoke in an interview with Accra based Asaaae Radio said, "Unfortunately, too many of the names belonged to a certain ethnic group. That is all people wanted. This thing was going to look like some ethnic cleansing. That’s how come we had to load the fault on the head of the commanders, including innocent ones, and to limit the number,” 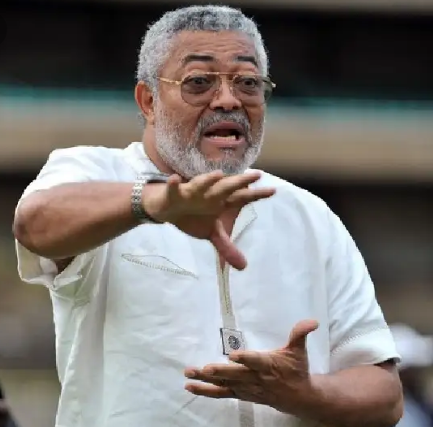 The revolution caused a lot of pain to several Ghanaian families as many people lost their husbands. A lot of other Ghanaians also fled the country to seek asylum elsewhere.

But speaking to the Accra based radio station, former president Flt. Lft. Jerry John Rawlings who led the June 4 revolution under the Armed Forces Revolutionary Council (AFRC) said he does not regret anything about the exercise, as it was to use some people as sacrificial lambs for the entire country. 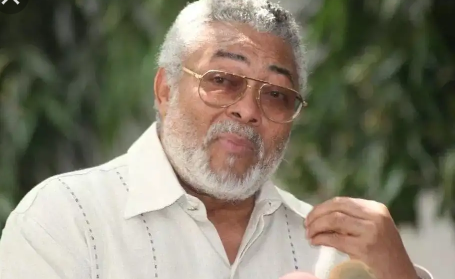 The following are some of the reactions from Ghanaians. 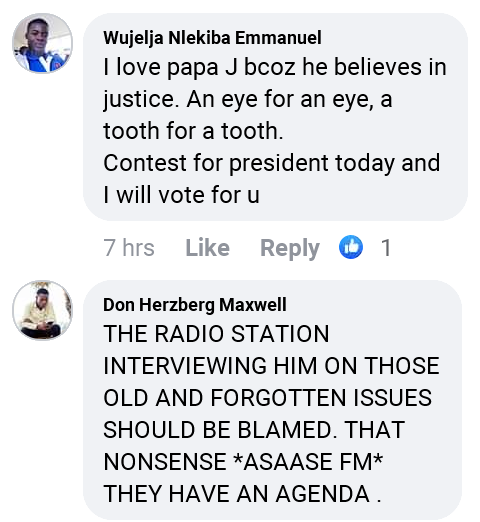 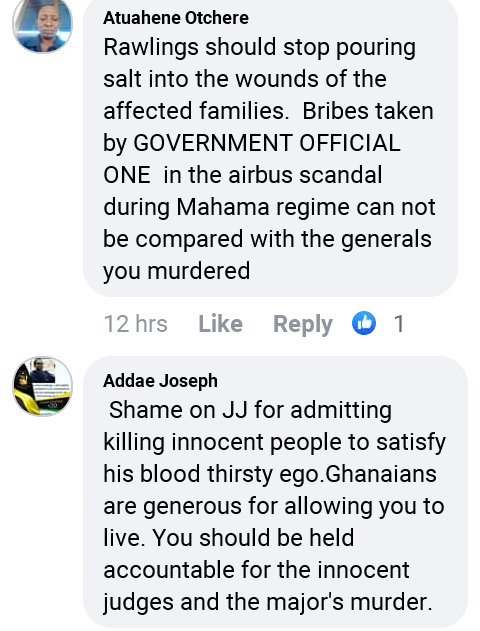 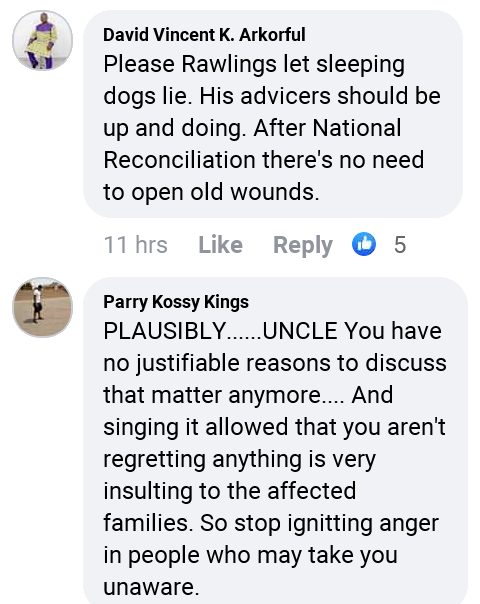 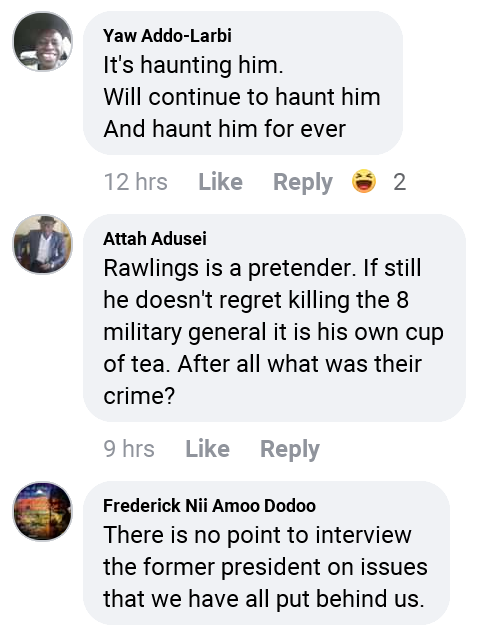 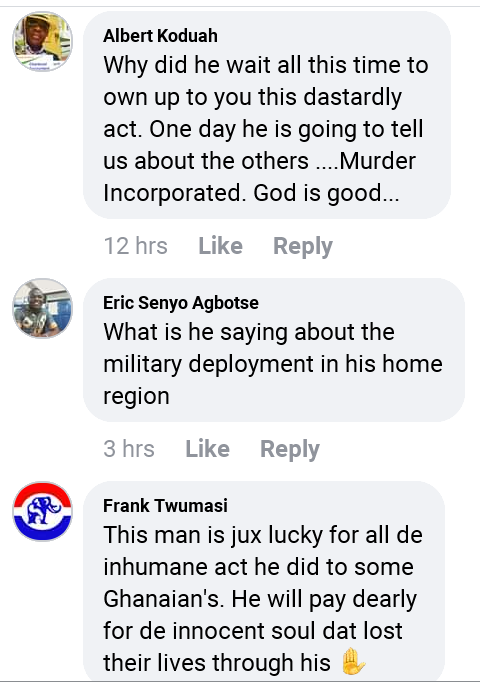 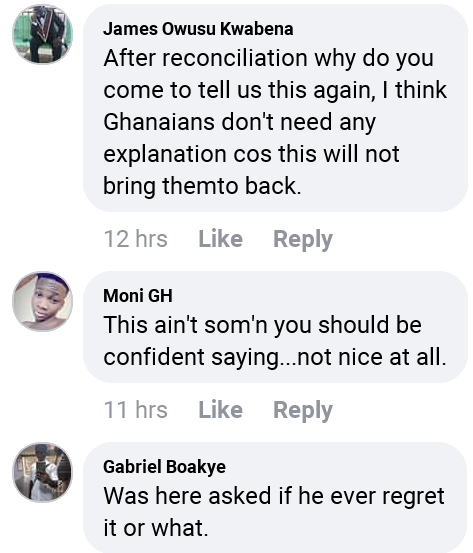 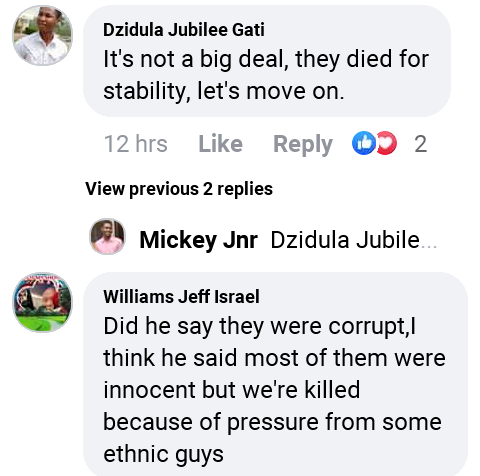 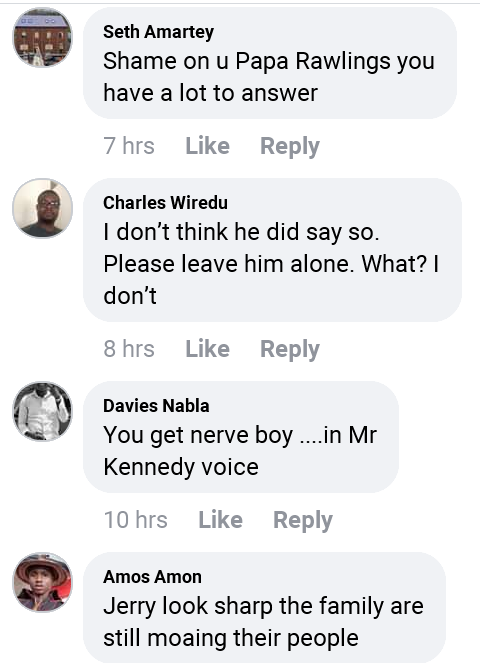 What do you also think about this?