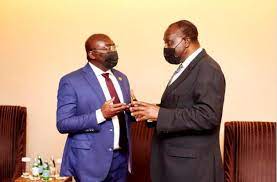 Thinking that he was placing Alan in a comfortable lead, Hopeson Adorye has placed Alan Kojo Kyeremanten in a tight corner, worsened his image in the mind of Ghanaians, and rather vindicated Dr. Bawumia's supporters' claim that Bawumia is the only one who can unite the party without using tribe or religion.

After attacking Hopeson Adorye for what he did, a top lawyer in the New Patriotic Party, Akbar Yussif Rogullah Khomeini, challenged Alan Kyeremanten indirectly by stating this fact. Akbar reminisced how Dr. Mahamudu Bawumia condemned a national executive, the Nasara coordinator, Abdul Aziz Futa, for campaigning for him, Bawumia, during the anniversary celebration of the New Patriotic Party at the National Mosque. Akbar described that as a sign of leadership.

"When Futa misspoke at the Friday thanksgiving, the Vice President stood up and immediately rejected the former's proposition. That was leadership. That is a man who cares for party cohesion.", he wrote.

This statement from Akbar is an indirect challenge to Alan Kyeremanten to also condemn Hopeson Adorye just to show that he also has all it takes to lead the New Patriotic Party into winning the 2024 elections by maintaining a United front.

Also, Hopeson Adorye, like all NPP members is entitled to his own views. He can choose to align and maintain that idea of allowing the tradition of the NPP to run. And nobody can stop him from holding that view.

Do you agree that Alan must apologize and condemn Hopeson? 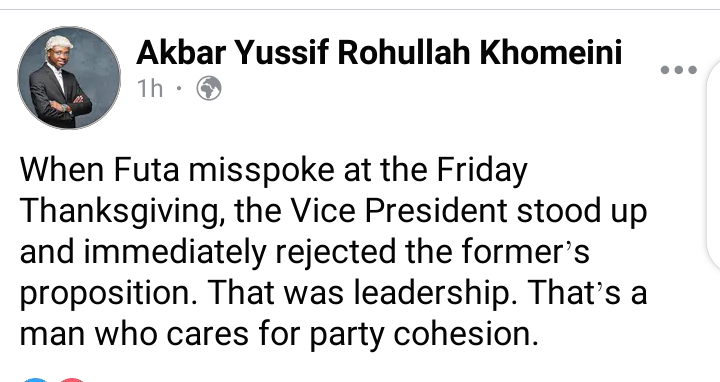