Rawlings Is Not Dead; I Still Hear His Voice - Young Man Reveals

By DrBright (self media writer) | 10 months ago 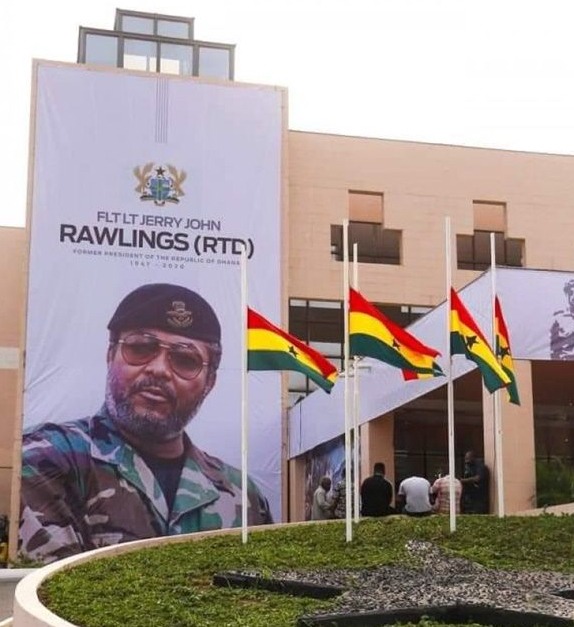 The sad demise of the long serving and 1st President of the 4th republic, Jerry John Rawlings broke the hearts of most Ghanaians especially his wife, Nana Konadu Agyemang Rawlings and four beautiful children.

The late former President was reported to have died at the Korle Bu Teaching Hospital after contracting an unknown short illness.

Sadly, the late Former President, Jerry John Rawlings was finally laid to rest after his final burial ceremony saw lots of dignitaries came out in their numbers to pay their last respect.

However, some traders and drivers at the Ashaiman main market have caused massive stir, debates and arguments across all social media platforms after they made shocking revelation about the untimely death of the late former President, Jerry John Rawlings.

Most of the traders took the opportunity to shower praises on the late former President whilst some emphatically stated that, Rawlings was a strong, courageous warrior and soldier of all time in Africa as they also made it clear that they couldn’t believe he was dead.

Mr. John Addo, a popularly known driver at the lorry station however sparked massive reactions with his revelation about the former President after stating that, he believed the late former President, Jerry John Rawlings was not dead.

Mr. John Addo made mention that, a courageous, compassionate and committed man like Rawlings, “must not die”.

In addition, Mr John Addo highlighted that, he couldn’t believe a burial service was held for the the former President, Jerry John Rawlings because he could “still hear his voice”.