By Sirrkollins (self media writer) | 16 days ago

Nana is known to be one of the hard working Kings in Ghana. He is a High Judge and bankroller of Aduana Football Club in Dormaa Ahenkro. Due to his leadership skills, his people don't play with him.

Osagyefo is a blessing to the Bono Region for his great ambitions. Recently, he distributed dust bins within his traditional area.

He has been an advocate for cleanliness, in recent days he has been touring towns the Dormaa traditional area.

On Thursday, October 7, he took his clean up exercise to Amasu, a suburb of Dormaa where he gathered men and women to clean all filthy areas.

After all, he used the opportunity to express his dissatisfaction on how the Anti LGBT law is handled.

Nana said, he will send 10,000 of his people to Parliament on the day Parliament will debate on the bill.

He warned Parliamentarians who are trying to kick against the bill.

According to him, he will not allow any person to do such an immoral act in any of his communities and that, should there be one found, will be beaten mercilessly. He said, it would be an achievement if he is imprisoned because of intimidating any person practising LGBT in his community. 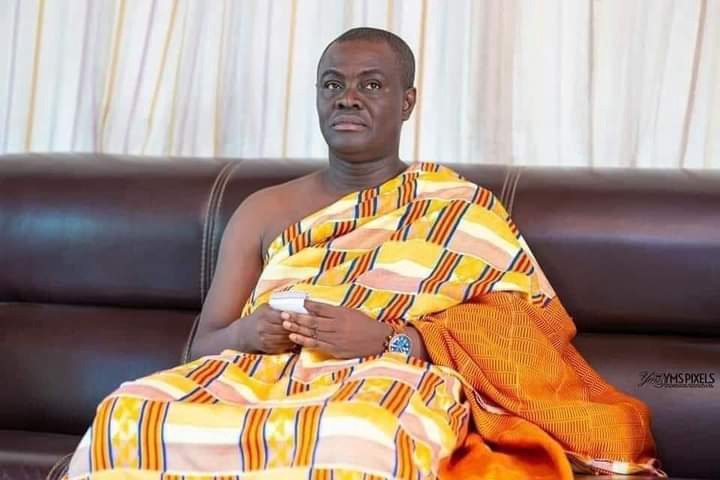 Again, he stressed that he's supporting ANTI-LGBT Law as other chiefs, religious leaders, pastor are also in support.

Ghana is known to be a religious oriented country and our morals and culture values don't support it. He referred to Sodom and Gomorah in the Bible, what happened to them when they started practising gayism and lesbianism.

According to him, 'who will marry the beautiful women and handsome men', if LGBT is allowed in Ghana, "that it's a big no. Men have to marry women".

He warned the foreign embassies in Ghana not to interfere in the internal affairs of the country and that should stop pushing money to some officials to kick against the Anti LGBT law.

The video below has a lot, watch to the end to Listen to what Osagyefo said.