Kennedy Ohene Agyapong, the member of Parliament for the people of Assin central stated emphatically to a group of NPP sympathizers that honorable James Quayson was once no longer going to win the elections and even if he won, he was not going to last more than two months at the Parliament house.

Kennedy Agyapong's statement was basically based on what he confirmed has been gathered that shows that at the time of filing for his nomination, James Quayson held a dual citizenship status. He said itvis alleged that Quayson had a Canadian passport and for that matter was unfit to contest last year's election. 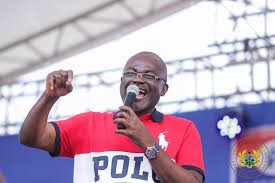 "He is an Assin man so we Dont want to expose him. I'll not preach violence and I Dont want anyone to promote violence here, but I assure you he will not spend more than two months in Parliament if he wins. He will be hooted out because he is lying. He had a Canadian passport and I have all the documents. Everything suggests that he is a Canadian. How can a Canadian contest a Ghanaian elections? No one is scared of him," Kennedy Agyapong stated amid cheers from the crowd.

The docket on Wednesday, July 28 ordered that a new elections be held in the constituency and that James Quayson ought to no longer address himself as mp for the constituency.

It is however worth noting that the NDC on whose ticket James Quayson stood for the election has indicated it's readiness to appeal the ruling at the supreme court.

Can it be concluded based on what Kennedy predicted last year that the NDC acted lazily by not doing proper background check on their candidate?