Why the NDC Minority is supporting Adwoa Safo

By HSSK (self media writer) | 6 months ago 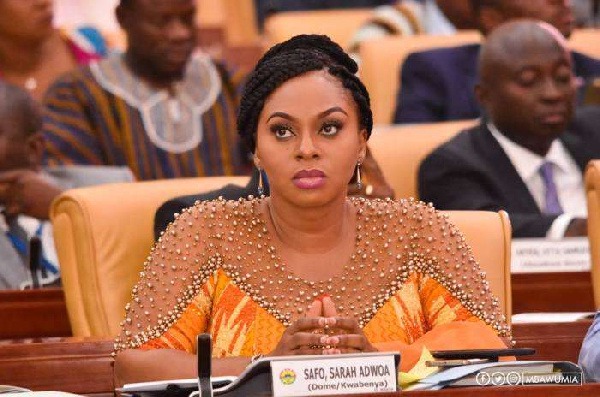 The privileges Committee however reports that the Dome Kwabenya seat be declared vacant because the Memeber of Parliament the Hon Adjoa Sarfo failed to appear before the Committee.

The NDC Minority side of the committee however is against the recommendation of declaring the seat vacant. They are of the considered view that the Hon. Memeber should be given some more time to make her appearance. It however appears there's more to the minority's objection than that.

Speaking on Asempa FM "Ekosii sen" show, Hon. George Rickett-Hagan, MP for Cape Coast South and ranking Memeber of of the privileges Committee wondered why the Executive (President) is not firing the Hon Adjoa Sarfo as Minister for Gender and Social Protection or why is the New Patriotic Party NPP not dismissing her for anti-party conduct? Hon. Rickett-Hagan makes the claim that the Executive and the ruling NPP wants parliament to do their "dirty" job and they (minority) are not ready to be part.

Content created and supplied by: HSSK (via Opera News )