Judges Should Be Fair To Honourable Quayson

By Primetime (self media writer) | 9 months ago

Mr. Tsatsu Tsikata, the legal counsel for the embattled Assin North Member of Parliament, Honourable Quayson Gyakye James has revealed that the judges sitting on the case should not deny the people of his constituency a candidate as this will retard progress. 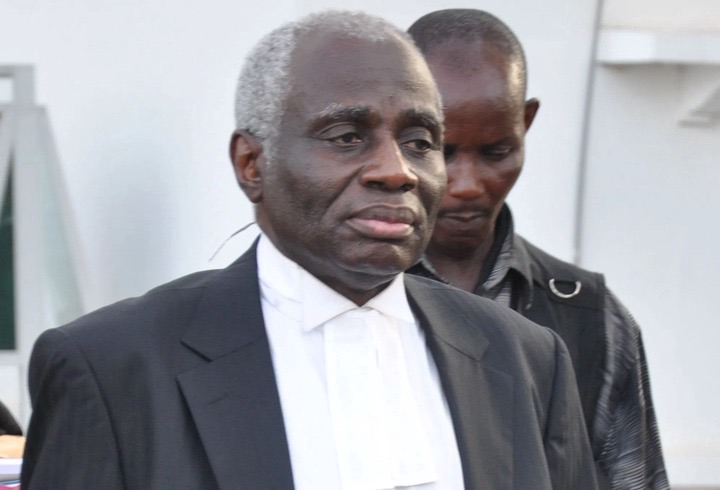 The legal brains involving lawyer Tsatsu Tsikata and a follow counsel Justin Teriwajah have said no amount of maneuvering of justice by judges in the process can throw away the rights of the people. The abled counsels said, Mr Quayson won by a majority vote of 54.19 votes cast and there should never be a point to deny him and his constituents that opportunity. 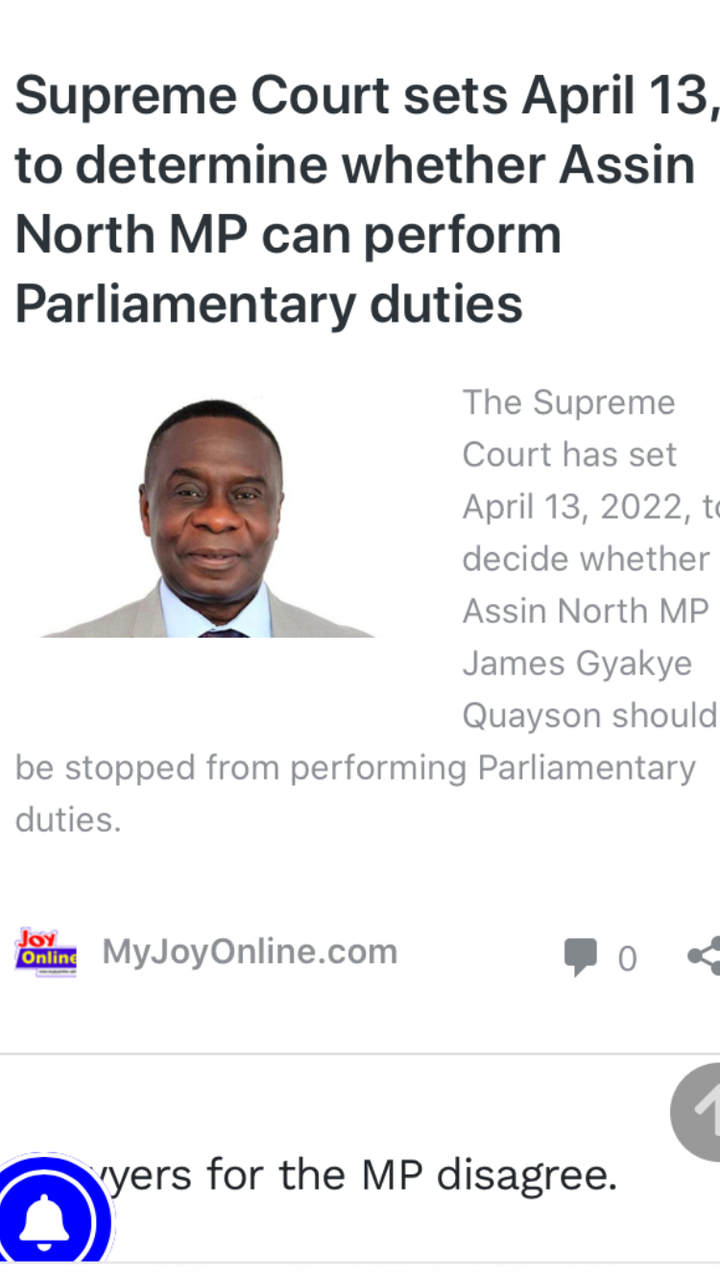 These astute lawyers made those statement in the documents filed in the court.

The court is likely to pronounce its verdict on 13th, April 2022.

Michael Ankomah, an indigene of Assin North filed that case by asking the court to dismiss Honourable Quayson from his legislative duties.

This case came alive when in July, 2021 a Central Region Court ruled out Mr. Quayson’s electoral victory as null and avoid on the basis that he held allegiance to Canada prior to his filing of nominations to become an MP.

Not relenting on his effort, Mr. Ankomah asked the court to suspend Honourable Quayson in other not to breach any of the laws in the constitution of the land.

But, counsels for the challenging Honorable spoke vehemently about the claims and mentioned that their client renounced his allegiance before contesting and cited that the electoral commission equally gave him the chance to contest the elections.

The Cape Coast court declared the elections null and void.

Howbeit, the legal team thinks portions of the law could have been explained better by the Supreme Court than the High Court.

The counsels for Mr. Quayson said that the attempt to tilt just is uncalled for. 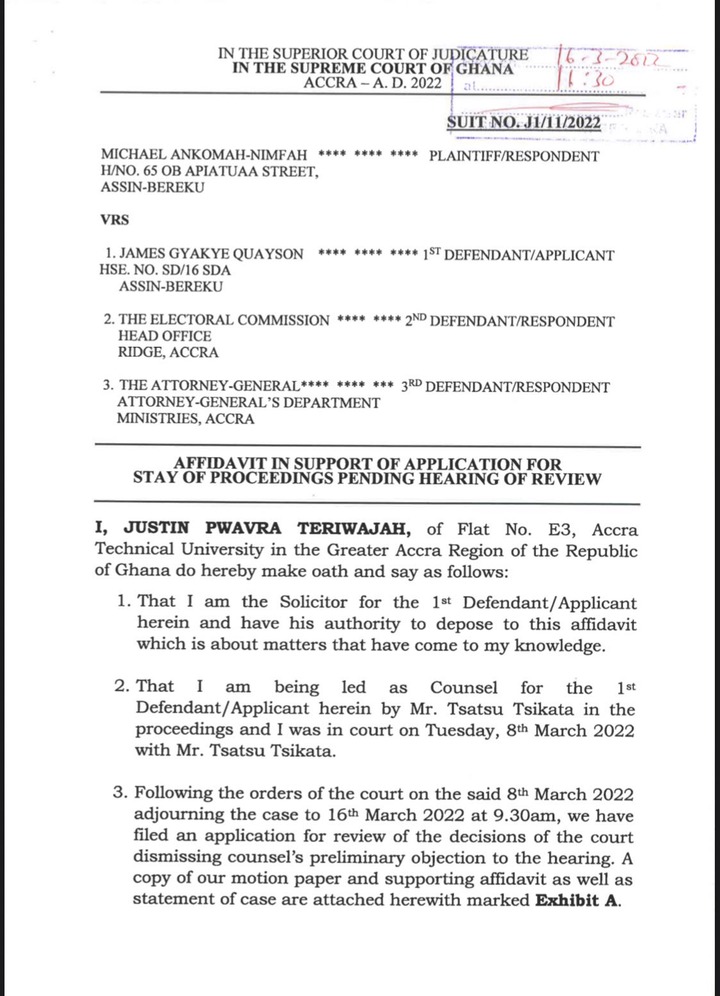