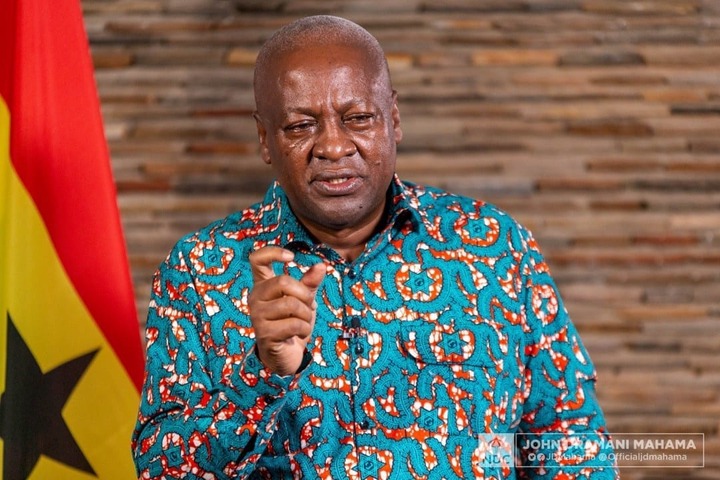 The issue of payments to the wives of the president and his Vice is still the trend of this month. Why must these individuals be paid this sums of money when there are people in the country suffering and trying to make ends meet.

When a country encounters economic hardship, one of the major or important roles that the government are expected to play is providing for their citizens.

In a recent press release by the former president and the NDC, it has been revealed that even though the decision to pay the wives of the president and his vice have gone viral and has been implemented, they strongly disapprove of this.

In a recent press release by the former president, John Dramani Mahama, he revealed that the reason why they are to be paid is solely in respect of the wives of Nana Addo and his vice president. 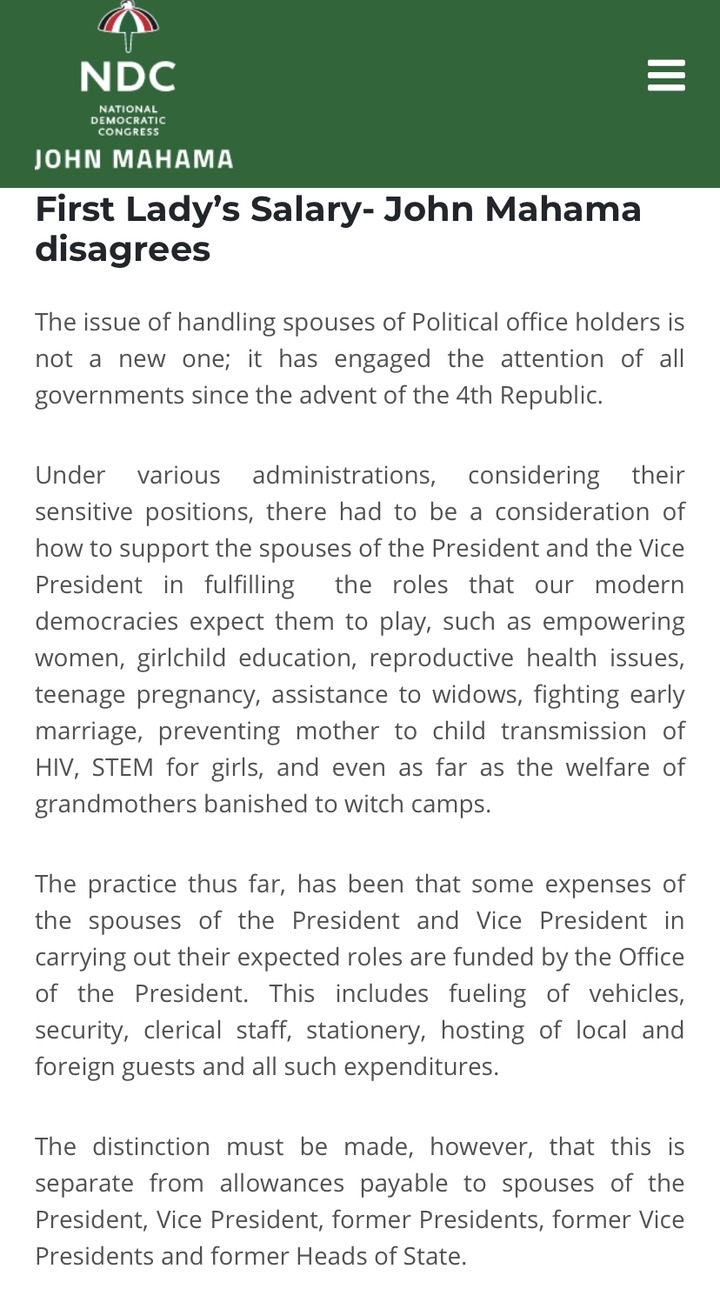 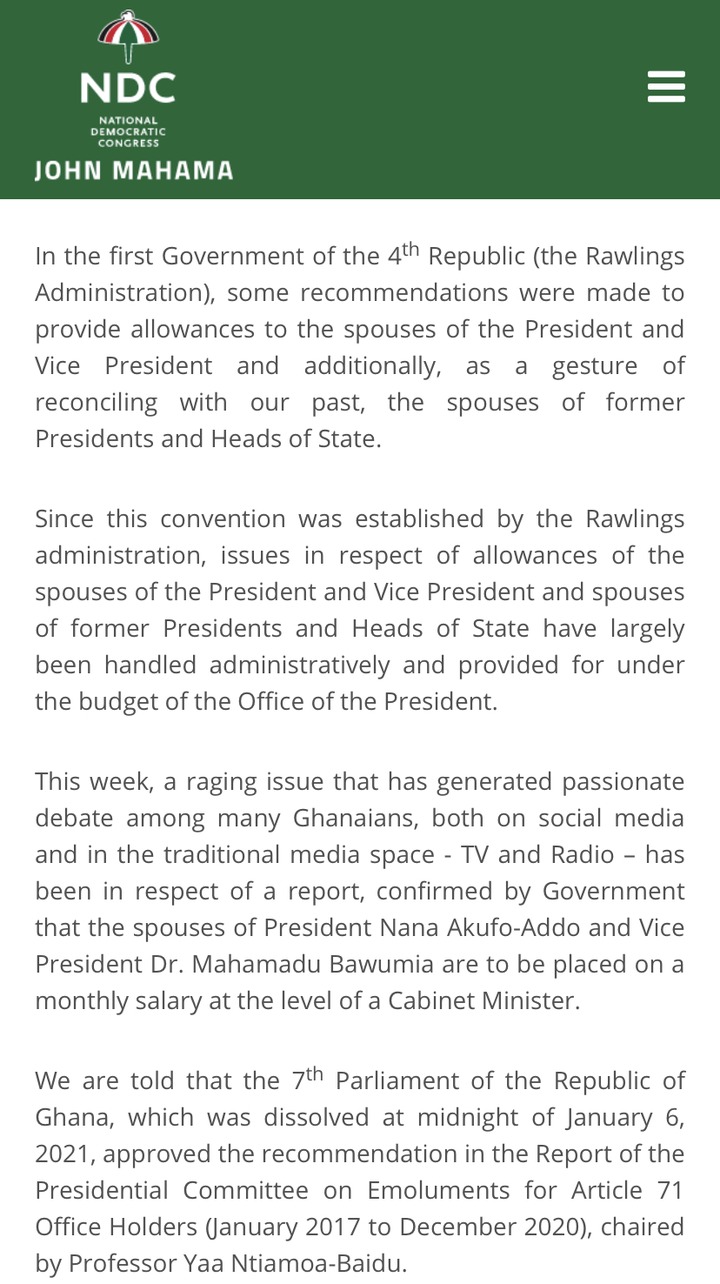 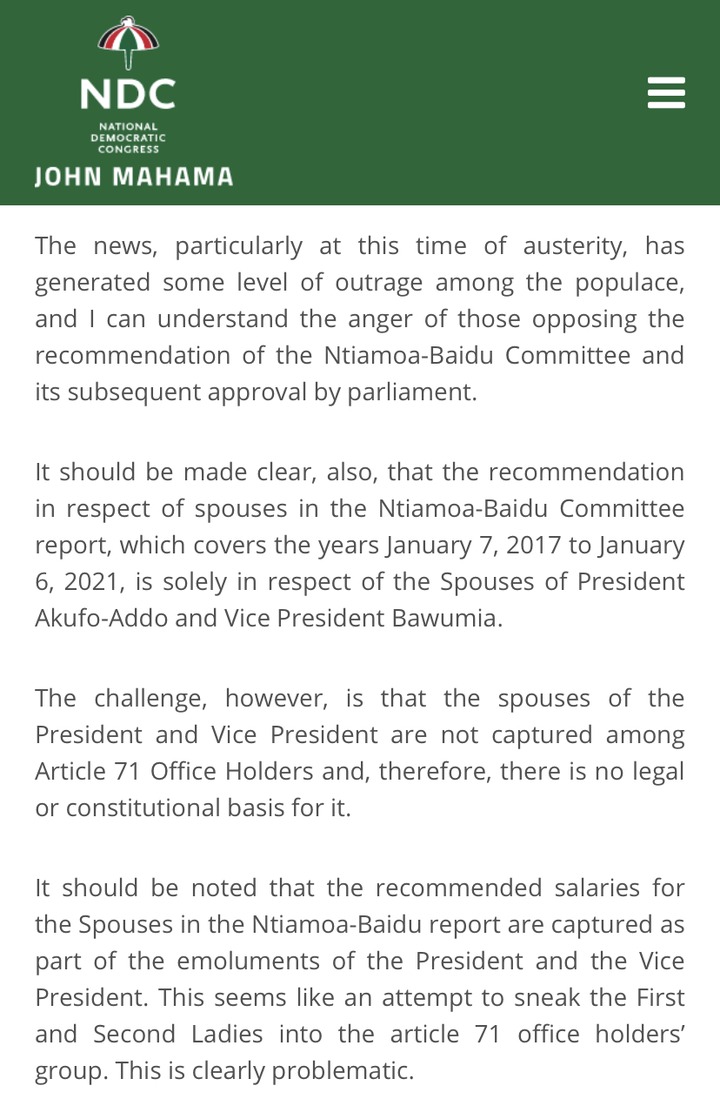 However, he is not in support of this but agrees to the fact that fueling of vehicles and transportation of the wives should be allowed since they are included in some forms of activities including girl child education and many others.

He revealed that a reason to pay them these amounts of money is a means to scoop the country’s money into pockets of government officials. And this will bring no positive result but incurred debts.