By Tinchie (self media writer) | 19 days ago 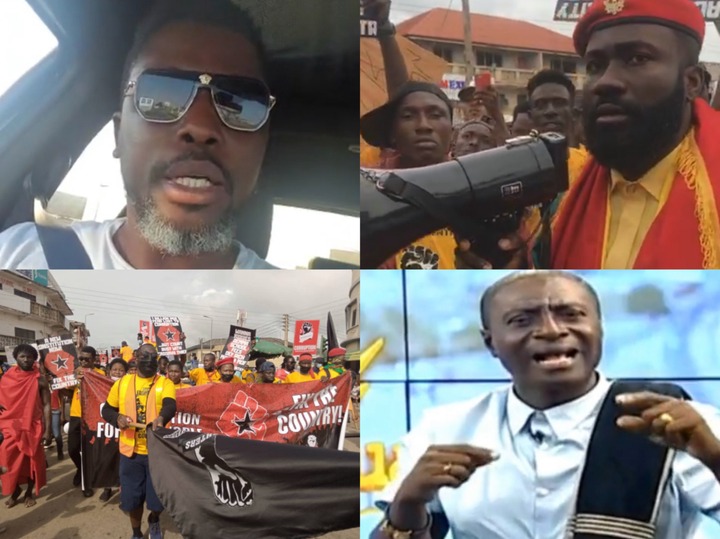 Businessman and controversial social media activist, Kwame A-Plus is making mockery of the #FixTheCountry Campaigners over what had become of their activism lately. According to him, Captain Smart has withdrawn from the group, and that doesn't mean anything good for the campaign.

Taking a cue from former President John Mahama's favourite song, Kwame A-Plus argued that the conveners could have saved themselves from the humiliation if they had listened to his counsel.

He mentioned that the strategy that his colleagues in the #FixTheCountry campaign took was bound to fail given the odd experiences he had encountered in the country. Kwame A-Plus stressed that he knew the campaign was going to fail, adding that he is not surprised at what is unfolding recently.

In a Facebook broadcast, Kwame A-Plus mentioned that there is no greatness fighting for Ghanaians, stressing that they [Ghanaians] will dissappoint anyone who fights for them. He indicated that his personal experiences advocating for the good of Ghanaians had come with some terrible lessons that makes him beleive Ghanaians are not worth fighting for.

He mentioned that many never understood why he withdrew from the mass protests the #FixTheCountry campaign embarked on, let alone join forces with them to compell the government heed to their demands. Kwame A-Plus explained that many were those who misunderstood his position and lambasted him for his decision.

"Why are people not questioning why Captain Smart has left the group? You were all out there lambasting me for not joining #FixTheCountry.

"But I made it clear that you should have patience. I warned you not to fight for Ghanaians. Fight for yourself and those who beleive in you. That is what I always keep in mind. I have had that experience so I guard against it," he elaborated.

Kwame A-Plus continued that he is a smart guy not to descend into any matters that hit the public domain, especially when there are questions around it. He indicated that for his firm judgement on issues, every public figure in the country love him.

His comment were also directed at some unnamed persons among the conveners of the #FixTheCountry campaign. But for him, the target knows better of the meaning of his message.

Before the formation of this activist group, Kwame A-Plus was very loud on his "The People's Project" which was aimed at amplifying voices for inclusive and accountable government. He became very popular with it but eventually things went down for some unknown reasons.