By Tawheednews (self media writer) | 8 months ago 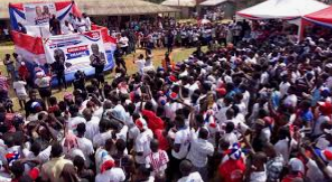 The Economist Intelligence Unit (EIU) has stated that, the ruling New Patriotic Party (NPP) always has a problem with ensuring Unity among members of the Party as it is always difficult for the party.

This was contained in the latest report by the US based research firm released on Saturday.

To support this claim, the EIU cited an example of the election of the current Speaker of Parliament, Alban Bagbin who is a senior Member of the NDC as against the President's choice of former Speaker, Prof. Mike Oquaye as a clear indication that, the NPP MP's were divided.

" The Opposition NDC was able to elect its choice for Speaker of Parliament with 138 votes against 136 votes for the NPP's choice of Speaker", the report stated.

The report further stated that, even though the vote was secret, it was clear that, at least one NPP MP did not vote for Party's choice of Speaker.

On the part of the NDC, the EIU report predicted that, it expects the NDC to win the 2024 Presidential elections, especially if the party elects a new Presidential candidate.

This according to the Unit, is due to the fact that, President Akufo-Addo cannot go for a third term as he will finish his Constitutionally 2 term in office.

Meanwhile, Information Minister Kojo Oppong Nkrumah has reacted to the report by saying that, the NPP is bent on breaking the 8 year term by winning the 2024 General Elections.