By Cecilmenz (self meida writer) | 16 days

Assembly members of the Gomoa East District in the Central Region have expressed concerns about the illicit activities of landguards in the region.

According to the Assembly members, the said landguards in the district have device ways to torment developers by demanding illicit fees in the area while the Assembly look on. 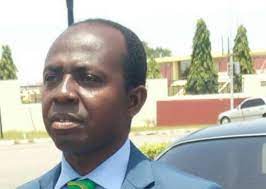 The Assembly members expressed this concern at a meeting held with the District Chief Executive (DCE) of the area to deliberate on matters affecting the development of the area.

They explained that when developers are even painting their properties, these men wielding manchettes, clubs and in some case guns from nowhere besiege the property demanding fees for the activities being carried out on the said property.

The Assemblymen contest that these fees go into their individuals’ pockets with nothing into the coffers of the Assembly.

They charge fees for painting, digging, weeding foundation, bricklaying among others in the Gomoa East District.

They explained that fees range from five hundred Cedis and above and failure to heed to their demands results in the beating of workmen on site.

The Assemblymen are worried about the current state of the activities of the heavily built men who parade themselves as landguards.

'You will be somewhere, and you will be called that the people are embarking on an operation in your electoral area and when you called the police there is no proper response from them to help curb their activities in the area' they claim.

They claimed that the failure of the police to deal with the situation has emboldened the illicit activities of the said landguards in the district.

The District Chief Executive (DCE) of Gomoa East District Assembly, Solomon  Darko Quarm on his part gave the assurance that the matter will be dealt with after a District Security Council (DISEC) meeting.

According to him, a strategy will be developed to deal with the canker of landguard activities in the area.

He appealed to the chiefs and people of the area to exercise restraint as the Assembly take steps to deal with the matter once and for all.