Founder of Atta Mills Institute, Samuel Koku Anyidoho has caused another stir on social media with his new messages and questions to John Dramani Mahama. 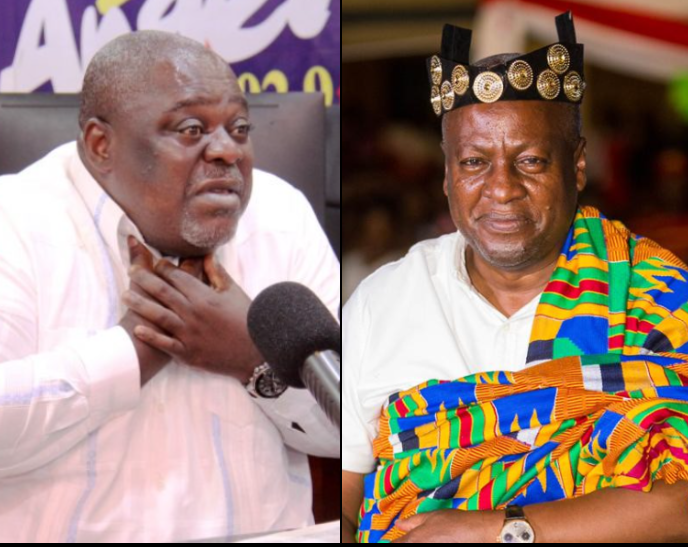 He started by urging John Mahama to accept a debate with him. Koku Anyidoho also added that he is still a member of the NDC but he does not belong to the group of John Mahama. He added that he is not afraid of anyone and he is patiently waiting for a reply from the former president.

Below are some tweets he made on Saturday. (link) 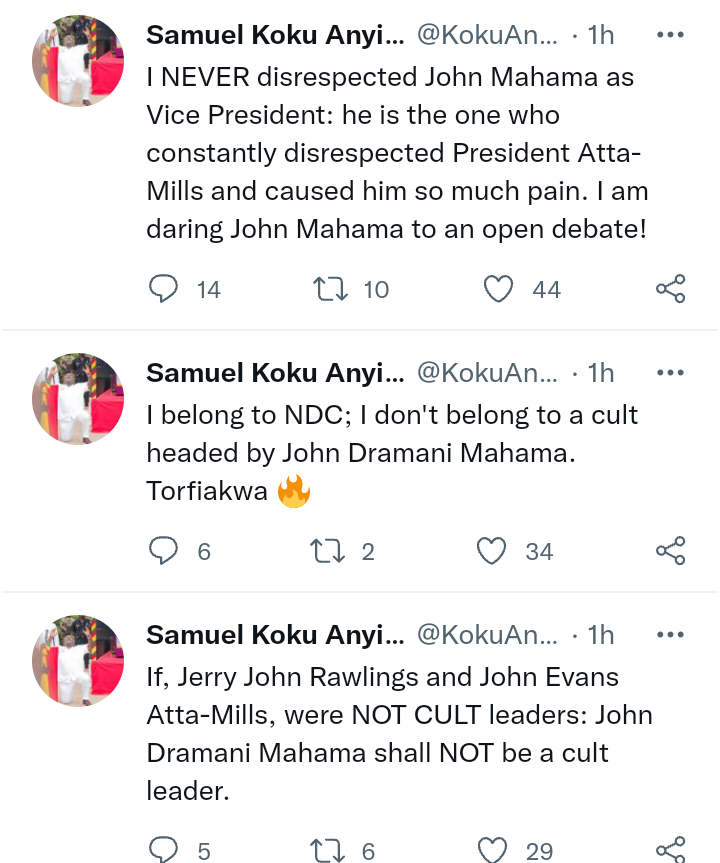 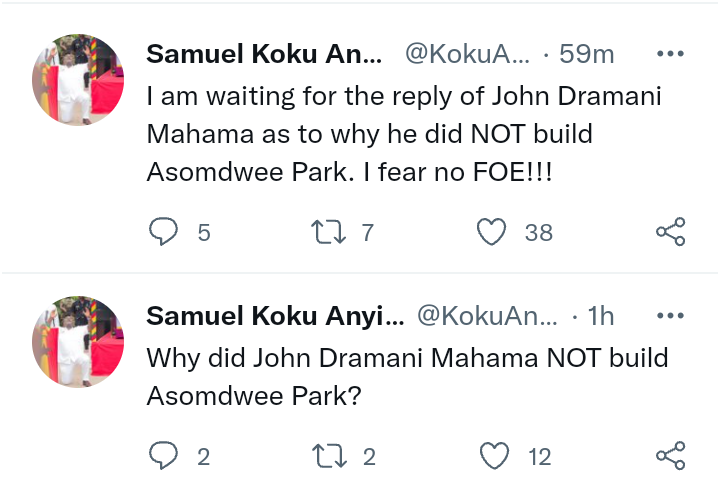 This is not the first time Koku Anyidoho is "attacking" John Mahama. He often take to his social media handle to express himself about what is going on in the NDC.

Recently, he was at loggerheads with the family of the Late John Atta Mills. However, he apologized to them few days ago.

All Politics Aside, It Is Time For Cape Coast To Get An Airport

What Happened To Osama bin Laden's Residence After His Death?

Update: Killers Of The 25-year-old Nurse To Be Case Adjourned To 4th October, 2022, Tuesday