I don’t sabotage NPP government for the NDC’s–Dormaahene to NPP Communicators.

By Lion_News.com (self media writer) | 6 months ago 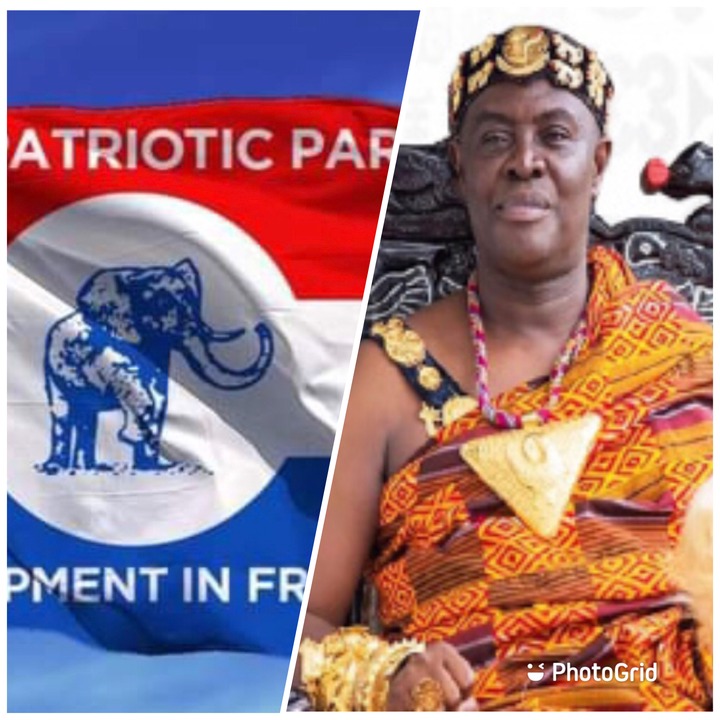 The king of the Dormaa kingdom, his majesty Osagyefo Oseadeeyo Agyemang Bang ll has been tagged as an NDC king and a Pro for several years due to his utterances and comments about the NPP government and the president of the republic, his excellency Nana Addo Dankwa Akufo Addo.

He is also tagged as a good friend of the former president, his excellency John Dramani Mahama and a secret admirer of him.

Even though the Dormaahene indicated that, he has no political affiliations or he is not affiliated to the NDC political party in a recent interview, Truth be told. His Demeanors are not quite understood.

But he did admitted to something which is belonging to only one party which is the Dormaa party of his sacred land.

The king was recently slammed by an NPP communicator, telling him to stop sabotaging the NPP government for the NDC’s on a popular political NPP platform known as ‘Talk Nana’ on wontumi tv.

He said, the kings utterances are making the government unpopular and its not right for a king to be doing that.

You might ask what is the ‘Talk Nana’ show? since many people prefer watching from mutual channels and not one sided political channel.

The wontumi tv belongs to an NPP executive and therefore many political shows are one side in the interest of the NPP party.

The ‘Take Nana’ is show made to advocate for the good works and projects of the current president of the republic, his excellency Nana Addo Dankwa Akufo Addo and his government.

The show also talks about issues concerning the government.

Back to the main issue, The king of the Dormaa land granted another interview replying to the allegations of his alleged affiliations to the opposition party the ‘NDC’.

The Dormaahene made it clear that, he is not sabotaging the NPP government for the NDCs because he is not affiliated to them.

I only belong to one party and it’s the Dormaa party of my sacred land”, he said.

I will only commend a government when it is working in the best interest of this country. I will also talk when things are not going well because i have the right to so”, he added.

“John Mahama is not my enemy either is he my friend. I only commend him for his work and do same to the current president”, he furthered by saying.

I praised Mahama for his E-block and I am praising Nana Addo now for his Free Education policy”, he added.

so why all this? please, let’s stop making unnecessary allegations and start addressing and working on state’s issues for a better Ghana.

Content created and supplied by: Lion_News.com (via Opera News )