The Minority in Parliament has called on President Akuffo-Addo to intervene in the never-ending impasse between ENI/Vitol and Springfield to prevent Ghana from incurring another avoidable Judgment debt. 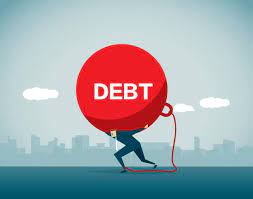 The Minority is worried that the country could land itself in a 7 billion dollar judgment debt if the issue between the two oil and energy firms are not resolved amicably. 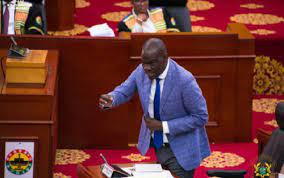 John Jinapor, ranking member for the Mines and Energy Committee, in a statement, says the dispute between the two companies has negative implications for attracting investments into the oil sector of the country.

The Unitisation, according to the Minority MPs, is retrogressive for the sector due to the haphazard manner the process was handled.

Portions of the statement signed by John Jinapor read; “The dispute with ENI requires tactful leadership, which is unfortunately not forthcoming from this government,”

“So, the last thing the government should be contemplating is to watch their reckless decision to wilfully cause Ghanaians an avoidable judgment debt to a gargantuan tune of $7 billion,” the statement added.

In April 2020, then Minister of Energy, John Peter Amewu directed ENI and Springfield to go into an unitization operating agreement relative to the Sankofa field in the OCTP and Afina discovery in the WCTP contract areas.

ENI/Vitol disagreed with the minister’s directive, describing it as premature and did not meet industry standards.

This led to a tussle between ENI/Vitol and Springfield Ghana, with ENI/Vitol eventually initiating action at the International Court of Arbitration for 7 billion dollars against the Government of Ghana.

Before proceeding to the international Court of Arbitration, ENI had previously dragged Ghana to the International Tribunal in London, United Kingdom.

This happened after an Accra High Court ordered Ghana to halt payments to Eni and Upstream Limited.

The court further ordered the operators of the Sankofa Oil Field to preserve 30 percent of all the revenues which will be accrued from the field until the final determination of the legal dispute relating to it.

The 30 percent revenue must be paid by the operators, Eni and Vitol into an account agreed by all the contesting parties.

Eni Ghana after failing in its appeal of the case at the Accra High Courts then filed a suit at the International Tribunal in London, United Kingdom, to challenge the directive by Ghana’s Ministry of Energy.