It has not come as a surprise for the government to take quick steps to secure a brand new presidential jet under the criticism of North Tongu MP. As something that rarely happens, it is very difficult for an opponent's voice to be heard and let alone being acted upon.

In Ghana's governance system in particular, pertinent issues which are of national interest are only discussed on the media and no action is taken to address them afterwards. As such, the presidential trips brouhaha was seen to follow the same trend despite the fact that it was alleged to be a huge waste of the tax payer's money.

However, in the midst of the North Tongu MP, Hon Samuel Okudzeto Ablakwa, the public purse will see a break on rented presidential jet for the president to embark on his tours both local and International following the announcement of purchasing a new presidential jet.

This was as a result of the backlash by the young MP who saw it as a monster that can sink the public purse. In his submission, he gave a comprehensive detail on the amount of money being used per a trip. Putting it in the public domain, many Ghanaians joined him to speak against this act by the government. This pressured the Akuffo Addo administration to take a decision they never thought of. It can be attributed to the constant and intellectual criticism by Hon Samuel Okudzeto Ablakwa.

With this decision taken by the government, it is without doubt that the views of Hon Samuel Okudzeto Ablakwa are looked at and considered. One may see it as an improvement in our democracy since the opinion of an opponent is respected but it is seen generally as the results of the intelligence and hardwork of ranking member of the foreign affairs Committee of Parliament.

Because from the beginning, it was a plan by the government of the day to secure a new presidential jet. Meanwhile, the North Tongu lawmaker is expected to now come to terms with the government on this decision will be a permanent panacea to this national problem. 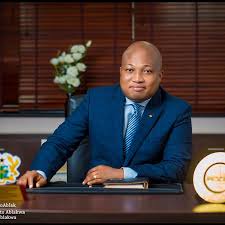