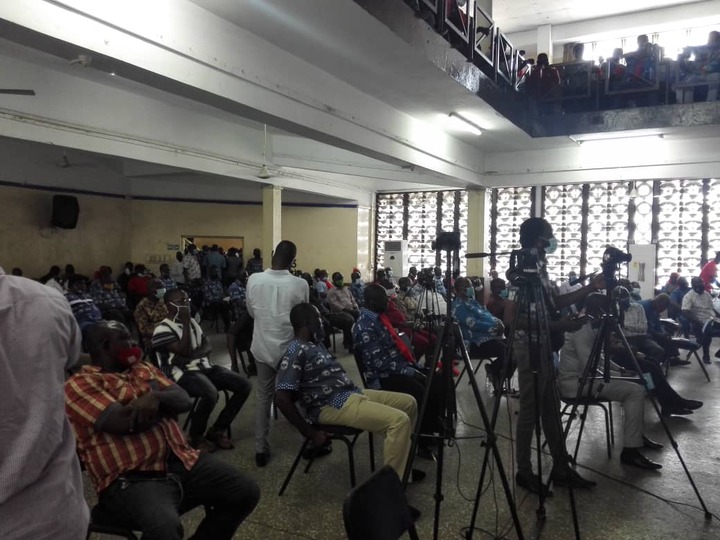 The National Executive Council of the Ghana Private Road Union (GPRTU) has convened this meeting to raise some concerns and happening that has bedeviled the great union and dragging long-standing reputations of the union into a ditch.

Speaking at a press conference held in Accra, a member of interim management committee, Mr. Godfred Abulbire, reiterated to the fact that a court case involving the Union, and Priceline Amal Bank. The National Chairman dissolved a committee that was set up by the NEC to investigate the case of 40 missing buses resulting to the garnishee of the union's account from 2018 up till date due to his personal involvement.

According to him, the national chairman connived with the national 1st trustee to ignore the NEC and filed a case to court which is purely an industrial related problem and within the authority of the  NEC.

“At the end of every four years, only the NEC has the authority to choose the venue for the next quadrennial delegates conference as stated in Article 6(d). The term of office of the seven national officers ended on the 15th September 2019. However, on the 3 separate meetings chaired by the secretary general of TUC, the NEC had chosen the Upper East for the 10th Quadrennial delegates conference and the National Chairman rejected the decision of the NEC and change the venue to Kumasi through a conspired court action with only one branch in Takoradi and still remains in office with impunity” he lamented.

Mr Abulbire further stated that ironically the National Chairman has hurriedly rushed and set an IMC at the Takoradi Regional Secretariat as a result of a court ruling on a court case filed by a branch that the 4 years tenure of office of the Regional Executive has expired. 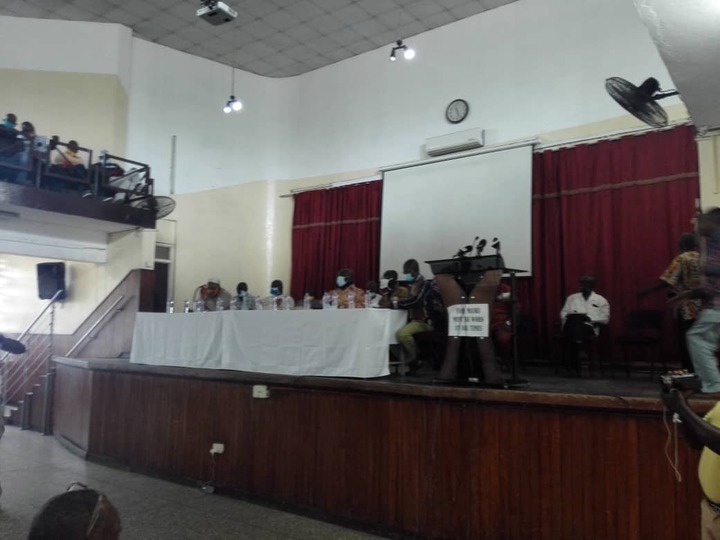 The National Chairman has stated on several instances at NEC meeting that he will always consult his lawyers than consulting the NEC for directives on all matters relating to the union.

He mentioned that the national chairman with the intention to continue stay longer wrote to the Secretary General of TUC seeking for the extension stay to organize the conference instead of seeking that authority from the NEC as stated in Article 5(a).

Meanwhile, a meeting was convened on 13th September, 2019 to that effect by the TUC and October 28-31st 2019 was agreed as the date for the conference. All Regional Chairman moved to Bolga and Booked accommodations for their delegates and a huge cast was incurred for the conference hall and Zoomlion company to clean up the place during the conference, time.

According to him, the National Chairman conspired with a branch in Takoradi and filed an application for injunction at an Accra High Court to stop the elections.

The case was finally settled among the parties, and a concern judgement was adopted. The reliefs that were sort on the writ were adjusted with new issues added.

Notwithstanding that the National Executives did not sort the opinion and authority of the NEC members before consented to the agreements.

On 26th June, 2020,a NEC meeting was convened and the agenda was the Quadrennial Delegates Conference, August 24th to 27th 2020 was agreed as the date for the conference.

The National Chairman Mr Kwame Kuma refused to circulate letters to regions to confirm the decision. A motion was raised following the absence of the 3 General Secretaries and Abas Ibrahim was appointed to assist the National Officers for the daily administrative work reference Article 5(c) prior to conference.

However, that directive of NEC has been rejected by the National Chairman.

Mr. Abulbire further stated that a National Working Committee meeting was held on 13th August, 2020 during that meeting the National Chairman read a letter from the lawyer of the plaintiff in the concerned judgement case threatening to stop the elections on the agreed date again.

The autocracy of the National Chairman has compelled the NEC members to pass this resolution for the removal of the remaining 3 officers and to allow the National Advisor to organize and lead the union to the conference as stated in Article 23(a).

The National Executives have been in office for 5years without presenting any audited reports of the financial records of the union to NEC.

According to him, NEC at one of its meetings in the presence of TUC general secretary directed the Chairman and his executives to open an account for the union after realizing that Brother Kwame Kuma was lodging all union monies into his personal account.

He ignores the union's accountant and goes to cash cheque paid from the regions.

The National Chairman without prior approval of NEC had misapplied the union funds meant for salaries of the staff to purchase printed cloths for delegates conference resulting to a strike action by all staff.

Sexy Darciana Thrills Her Over 1 Million Fans With Some Of Her Saucy Pictures. Check Out Now.

Government only owns 34.2% shares in GOIL. Find out who owns the rest

13 Most Profitable Businesses in Ghana

My Gun Supplier Is Dead: Suspected Armed Robber Surprises Police With His Answers