By OsamDanny (self meida writer) | 25 days 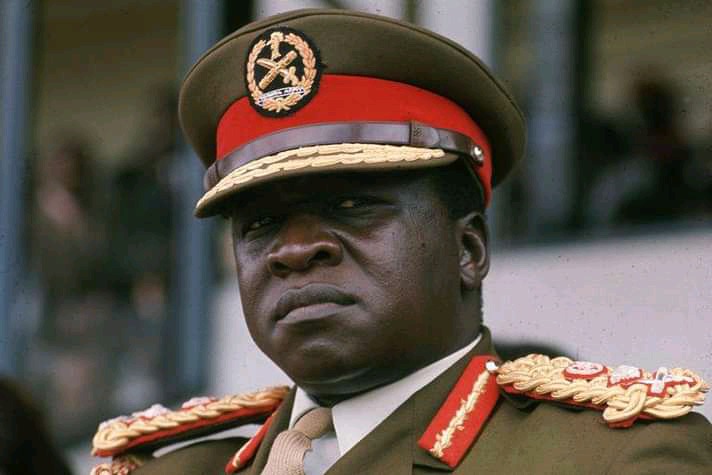 Idi Amin championed the cause of African liberation and self determination for black people. He was instrumental in the fight against Apartheid, and in 1975, he led the Pan-African struggle for the independence of southern African states. From Angola, Zimbabwe, Namibia, Mozambique and South Africa, Amin provided, sanctuary, training and weapons to African freedom fighters and liberation movements across the continent.

Before Amin, Uganda was a British Imperial economy. An economy that only served the colonial master and his imported cronies.He was called Conqueror of the British Empire because in 1972 he kicked out the British and their cronies who had monopolized the economy at the expense of the indeginous Ugandans. He then nationalised the properties and sent government valuers to evaluate each property. He then compensated the British/Asians for every single property that was nationalized, and then redistributed the properties to the Ugandan people.

Indeginous Ugandans from all over the country applied and took over the departed British/Indians properties and started engaging in businesses that Ugandans were once excluded from practicing. Amin was a stern personality. Demanding discipline and determination for success from the people of Uganda.

But he was also very down to earth and people-friendly in every day life. Much loved by ordinary Ugandans from all walks of life. That is the reality. He was loved because he made major contributions in building his country. Investing in infrastructure, industry, telecommunications, and the airlines and railways sector. He built more education facilities and opened the once exclusive "Asians" schools to all Ugandans. He turned these schools into public institutions administered by his government. Thereby giving access to quality education to far more Ugandans than ever before, and all free of charge.

Western powers were insensed to see a black man being carried aloft by white people. They went even more crazy when they saw pictures of white people kneeling in front of Amin and reading the oath of citizenship to their new country Uganda.

Amin Kicking neo-colonialism out of Uganda and subscribing the country to the non-aligned movement (neither communist, nor pro-western) made many in the west red angry. Their envy continues to paint him with blood and murder, and with the darkest tales of cannibalism and greed.

They completely buried the story of an honest, incorruptible, selfless African hero who came from humble beginnings where his poor parents couldn't even afford to give him an education. Upon his release from prison, Nelson Mandela himself refused to remain quiet and publicly recognized Idi Amin and Colonel Gaddafi as part of those who contributed immensely in the struggle against Apartheid.

In Uganda, nobody is quiet anymore about what they know is the truth about Amin. The real-life stories passed down to them from their parents and grandparents, many of whom had a chance of meeting Amin who was regularly seen in the streets of Kampala walking or driving past alone, usually even without a single body guard. Something that would have been completely impossible to come out from alive if he had been the blood-thirsty animal who was killing 500,000 of his own people.