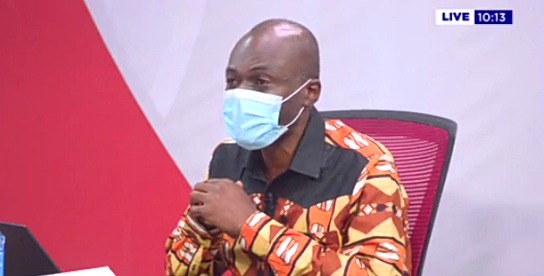 A Private Legal Practitioner, Martin Kpebu, has revealed that he didn't imagine that the word "incompetent" will still be used in Ghana anymore when the NPP came into office due to how they claimed to have the men to run the country.

Martin Kpebu made this statement on 'THE BIG ISSUE' on CITI television yesterday, 4th December 2021, when he condemned the government for the introduction of the 1.75% electronic transaction levy in the 2022 budget statement.

According to Martin Kpebu, it's such a shame that after the NPP shouted to the highest heavens that they had the men and that John Mahama should step down, will then introduce this obnoxious E-Levy to burden the plight of Ghanaians.

Martin Kpebu indicated that the E-Levy looks so ridiculous to the extent that what the government has to do is to reduce it because once we are broke as a country maybe we can do middle-of-the-road and bring it at a low rate like 0.5%.

"I mean, we were hopeful and I voted for the sitting President with so much alacrity because we have been promised that they have the men. They know how to do it. They know well and that John Mahama was so incompetent. I didn't know that the word incompetent will still be used even when they come into office."

Martin Kpebu stated that the E-Levy at 1.75% is a mockery, and he believes that the guys in NPP have lost touch with reality and the people.

"People should know that this E-Levy is no respecter of party colors. I've talked to people who are with the NPP and yet they are totally against this levy. So they shouldn't have presumed that Ghanaians will just accept it."

Martin Kpebu added that looking at the way the masses are suffering, it is inconceivable that the government will bring a 1.75% E-Levy and assume that Ghanaians will keep quiet about it.