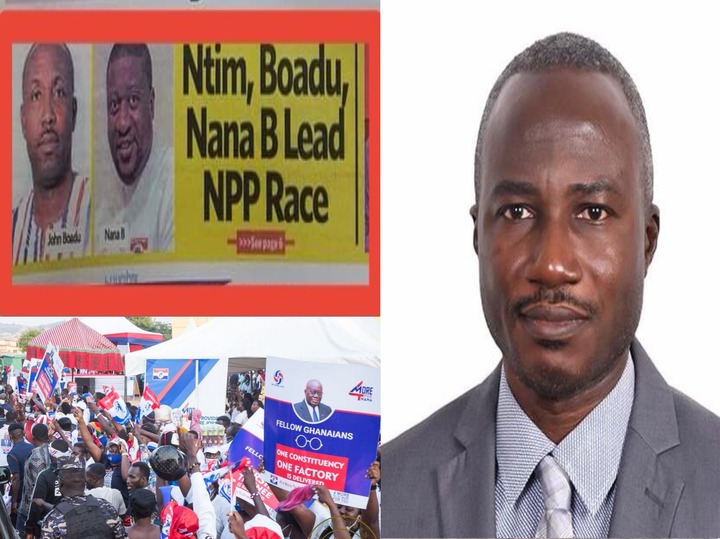 Some criticisms have been hauled onto a publication in the newspaper on a research purported to have been conducted by the Research Bureau at the Office of the Presidency about aspirants who tops the chart among their contenders in the coming elections of the New Patriotic Party. The publication purports that Stephen Ntsim, John Boadu, and Henry Nana Boakye were in the poll lead for National Chairman, General Secretary and Organiser positions respectively, should an election be conducted today.

But George Krobea Asante, a known NPP person says the publication is fabricated to mislead the public and delegates of the party. According to him, the Head of Research at the Presidency, Dr Isaac Owusu-Mensah is very furious about the propaganda being churned out from a work his office is yet to conclude.

He mentioned that “Dr Isaac Owusu-Mensah is incensed that some individuals will concoct figures to misrepresent the findings of a research that has not even been published.”

Krobea Asante is dismayed by the attempt to mislead the public with such fabrications and untruths about research that is yet to be finalized. He impressed on party people to question the motives of those behind this publication.

“Why are some people in a hurry to share the findings of a yet to be published survey? Is it because the actual survey findings may not suit their interest? I encourage delegates and grassroots of our dear party to reject the false publication and treat it with the contempt it deserves.”

Strangely, the newspaper failed to provide copies of analysed reports from the supposed research to back their claims. This had given it up for backlash from some members of the NPP and political analysts.

Though no official statement had been made by the researchers on the publication, Mr Krobea Asante’s critique opens up serious issues worth discussing. It is believed that this publication is a political marketing piece aimed at influencing delegates to rethink their decision for a change of leadership, especially that of John Boadu.

Read more via the link below