Ex-gratia payments to MPs are justified by Bagbin.

By Dewriter (self media writer) | 1 month ago 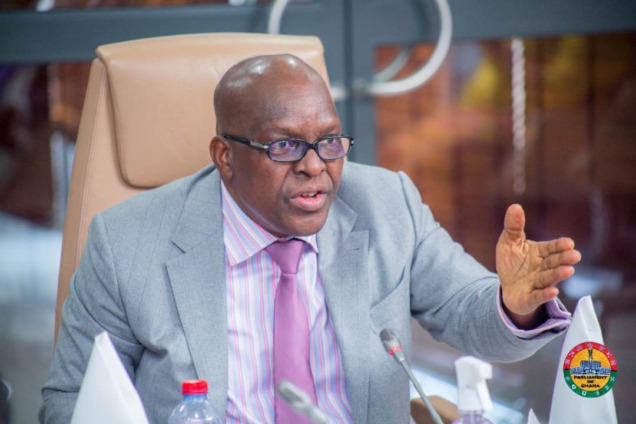 He said that money is critical for MPs' survival after they have served their country.

Mr. Alban Bagbin, speaking at a public lecture at the University for Professional Studies on Wednesday, indicated that ex-gratia does not benefit MPs as much as the public believes.

He added that Members of Parliament spend three times as much money on campaigning for their elections as they do on ex-gratia.

"We're having these issues because there's a misconception that ex-gratia is a large sum of money... You know you don't get that ex-gratia as an MP, because the money you spent to get elected to Parliament is three or four times what they give you as ex-gratia. No MP departs Parliament in a better position than when he or she arrived.

Following former Council of State member Togbe Afede's decision to refuse nearly 300,000 cedis granted to him after sitting on the National Council of State between 2017 and 2020, the issue of ex-gratia has reappeared.

Following that, social media users praised the Paramount Chief for refusing to accept the ex-gratia payment.

Netizens thanked him for safeguarding the public purse and considering the country's growth and development.

The tweethearts praised him as a "man of integrity" and encouraged other public officials to follow in his footsteps.

Togbe Afede gave an explanation for why he turned down the money.

Despite the solid justification for paying an ex-gratia payment to an Article 71 office bearer, he said, the sum to be granted should be subjected to review in light of the country's current economic difficulties.

"I thought the salaries were sufficient, so I decided right then and there that I couldn't spend that money and that it had to go back to the government...

There may be a need to provide some sort of end-of-service benefit; the amount to be provided will be determined after some consideration of the circumstances in our country and the condition of the average Ghanaian. Some people should not be made to appear in a different way like different class of people

Content created and supplied by: Dewriter (via Opera News )

Four Most Important Types Of Exercise