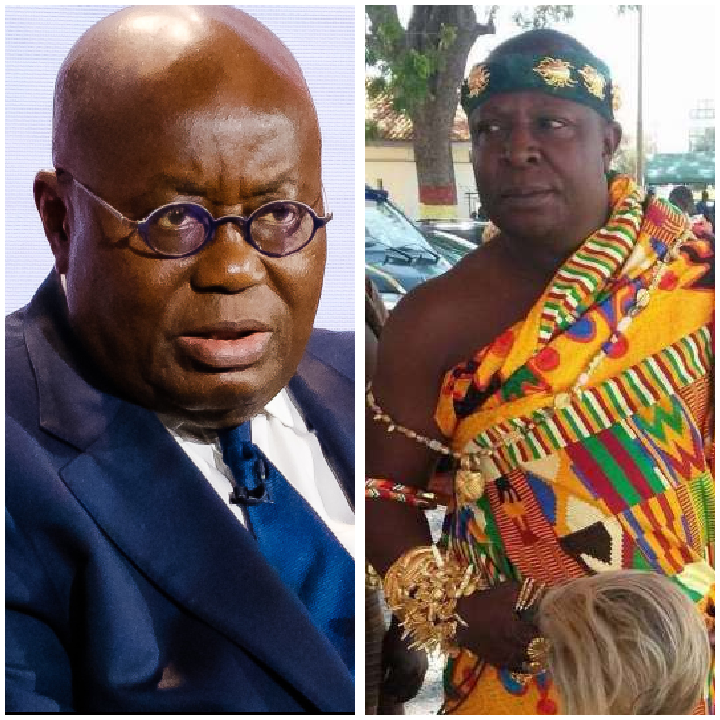 On Thursday, President Akufo-Addo made some unfortunate comments which have gone viral on social media. The President in an interview hosted by Kwame Sefa Kayi on the Kokrokoo show asked the Paramount Chief of the Aflao Traditional Area, Torgbui Fiti Amenya V to go ahead and complete the abandoned Community Day Senior High School [E-Block] under his jurisdiction if he is fustrated about the delay in completion of the project.

The President also suggested that he [Torgbui Fiti Amenya V] is in no position to give the Minister of Education an ultimatum for the competition of the abandoned E-Block.

Indisputably, this misguided comment sounds like a disrespect not only to the Chief involved but the entire traditional institution in Ghana. Besides, it undermines freedom of speech and public advocacy as far as the role of chiefs in development is concerned.

On the 7th of December, 2020, Ghanaians went to polls to elect their political leaders. Through the exercise of their franchise, the mandate of President Akufo-Addo was renewed.

By this, an opportunity was given to the President to redeem himself by fulfilling his promises including making education not only affordable but accessible to a every Ghanaian at school going age.

Election manifestoes are said to be social contracts between citizens and those seeking to lead. Therefore, it is the responsibility of every citizen to keep political leaders on their toes by insisting that their promises are fulfilled to the benefit of the society. And as far as this civil responsibility is concerned, the role of traditional leaders cannot be overemphasized.

Chieftaincy is a very important institution in Ghana. The 1992 constitution of Ghana recognize the role of chiefs in the administration of the country. Among other things, chiefs serve as agents of development. They represent the aspirations of their constituents. This is done through advocacy and activism with the aim of attracting the attention of political actors to the needs of their communities.

It is in this spirit that the Paramount Chief of Aflao Traditional Area called on the goverment to complete the E-blok project which began under the erstwhile Mahama administration so that his people can also benefit fully from the free SHS policy.

Instead of using the opportunity to communicate the exact measures being put in place to complete such projects, the President for whatever reason decided to sarcastically jab the prominent traditional ruler.

Clearly, the President has muddied his reputation as a "listening president" who cares about the aspirations and the needs of his people. Such a reaction to the demands of the Chief who was only speaking on behalf of his people is excessive to say the least.

Without equivocation, the President's comment does not auger well for long standing cordial relationship and respect that have existed between traditional leaders and political leaders over the years. Therefore, President Akufo-Addo must apologize to Torgbui Fiti Amenya V for his unfortunate comment in the interest of democracy and his reputation.