It appears the former Deputy General Secretary for the National Democratic Congress (NDC), Samuel Koku Anyidoho has been provoked to reignite his criticism at former President John Dramani Mahama over the death of President John Evans Atta Mills. It's not clear who and what triggered this reaction of criticisms from Koku Anyidoho.

A few minutes after that post on Twitter, Koku Anyidoho for the backlash he had suffered from some actors alleged to be supportors of John Mahama, had threatened to tell the public about some deep information on how the latter disrespected the late Prof. Mills. 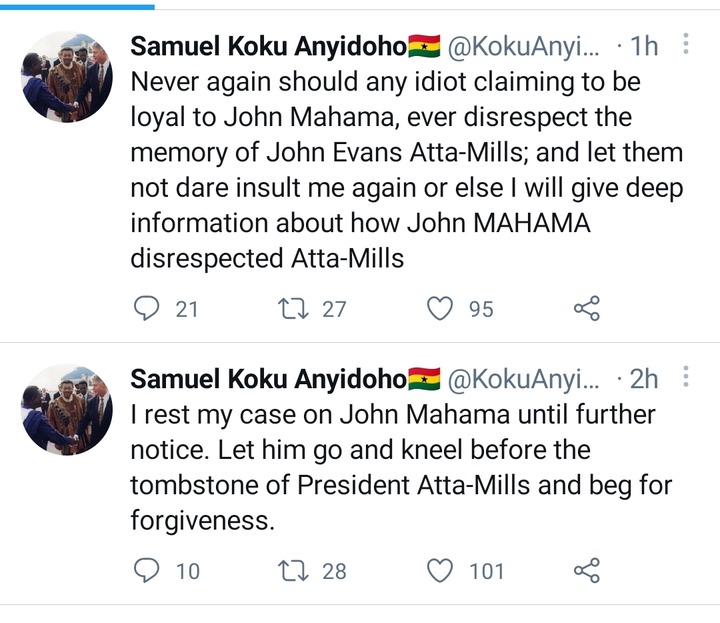 "Never again should any idiot claiming to be loyal to John Mahama, ever disrespect the memory of John Evans Atta-Mills; and let them not dare insult me again or else I will give deep information about how John MAHAMA disrespected Atta-Mills."

From some indication, the outburst from Koku Anyidoho could be as a result of John Mahama's absence from the Prof Mills' Memorial Lecture that was held recently.

It is a must win against Kotoko - Dreams FC striker