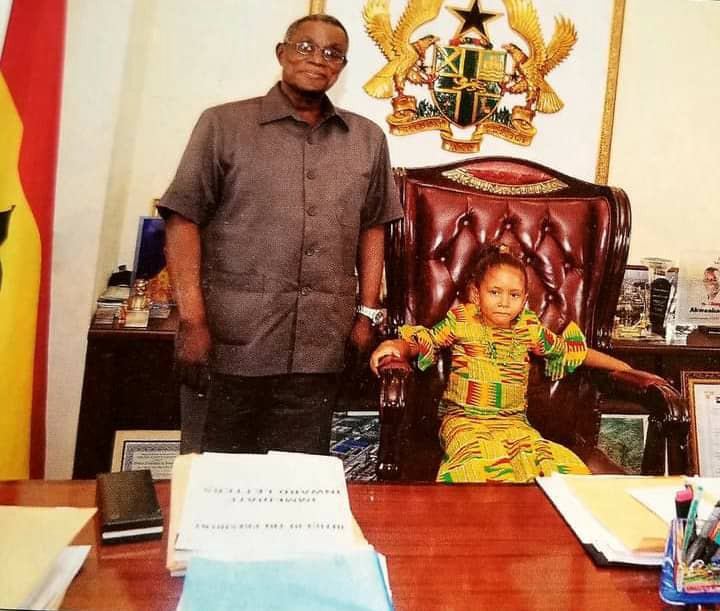 The name of Mr Koku Anyidoho barely rested since last two weeks because of the disagreement between himself and the family of the late President John Evans Atta-Mills.

After the unveiling of the statue of the late President, Mr Koku Anyidoho again is yet to have break from social media, TV and Radio discussions because of the unfolding issues about the statue.

According to Mr Anyidoho, some have raised various concerns about the image used whiles others said the political suit that was used did not represent Atta-Mills.

He has finally brought out the image that informed the decision on the choice of design that was done.

Mr Anyidoho quizzed the critics after posting the image whether that was not Professor John Evans Atta-Mills in a political suit?

He said via a post on Twitter "Is this not President Atta-Mills in a brown political suit?

Various reactions after he posted the image that informed the design of the statue indeed suggest that the critics are definitely quite. SE have argued that the man actually knew what he was doing but Ghanaians without evidence will just be talking.

Samuel Koku Sitsofe Anyidoho is a Ghanaian politician who serves as Founder and President of the Atta Mills Institute. He served as Head of Communications under the Presidency of John Atta Mills from 2009 to 2012. He was also Deputy General-Secretary of the National Democratic Congress from 2014 to 2018.

Three Things Black Sherif Needs To Change About His Appearance