The British Governor that was killed by the Asante forces

By Giinagh.com (self media writer) | 1 year ago

During the 18th century, the Asante became the ascendant nation in the Volta River, or modern day Ghana and extending West to the present day Ivory Coast. Access to the coast to the coast and control of the coastal trade was a source of continued conflict with the Fante states along the coast. So the Ashanti kingdom became so powerful that they raided coastal towns and forts. At this point, the British needed to either protect the Fantes with whom they traded with from being massacred or enslaved by the Ashantis or leave them to their own fate.

But before then the British had vacillated on the best course of action and eventually stumbled into their very first war with the Ashantis in 1823. 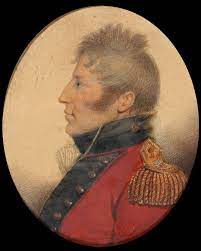 So in 1824, the British led by sir Charles McCarthy, were squaring up against the Ashantis for a dreadful war. McCarthy with arrogance and bad military Intelligence underrated the Ashantis and came with barely 600 soldiers up against the over 10,000 Ashanti army.

So those Fanti Army that could not escape the remorseless hands of the Ashanti Forces were beheaded. so it was on this same day, January 21, 1824 that Sir Charles McCarthy(former British Governor of the Gold Coast) was beheaded.

Meanwhile it is also narrated that after the battle, the Ashantis used the skull this governor as a drinking cup and used his two jawbones as drumming sticks. 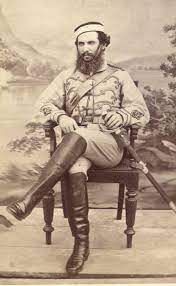 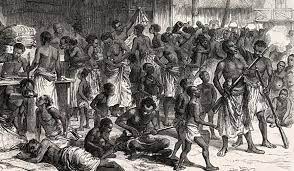 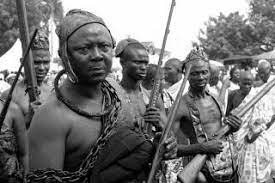 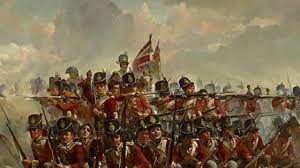