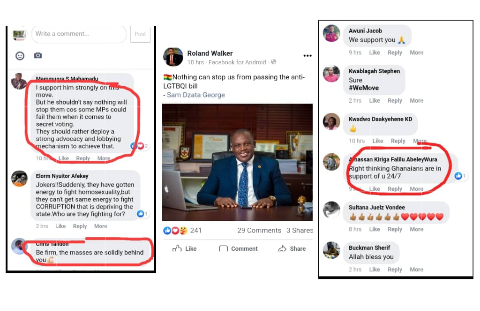 Many strong activists and advocates in Ghana, and in the diaspora have descended on the Member of Parliament Ningo-Prampram Constituency, Hon. Sam George for resiliently declaring his support and approval for the passage of the Anti-LGBTQI Bill in Ghana.

One of the most recent attacks is coming from Ghana's popular entertainer, Deborah Owusu-Bonsu, well-known in social circles as Sister Derby.

It seems Sam George has touched on one of her most sensitive and dearest properties she has acquired so far in life.

She thinks Sam George's step is gradually threatening the lives and rights of homosexuals in the country.

"You are a perveted backward thinker," she sentimentally told the Ningo-Prampram MP.

She further said: "You are only doing this to score political points, forgetting the harm you are causing, queer folk. Tell us what else you will personally gain from passing this Bill if not political points??? Shame on you!"

She made these comments after Sam shared this story on his Twitter page: 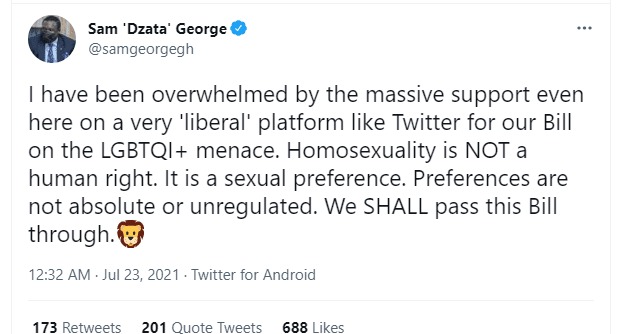 But clearly, what the LGBT community is advocating for is in total contradiction with the 1992 Constitution of Ghana because preferences are not the same as rights.

Meanwhile, the Member of Parliament for Madina Constituency, Lawyer Francis-Xavier Sosu has extended the line of Sister Derby's argument, by indicating the numerous benefits we are likely to lose, coupled with international consequences after passing this Bill. 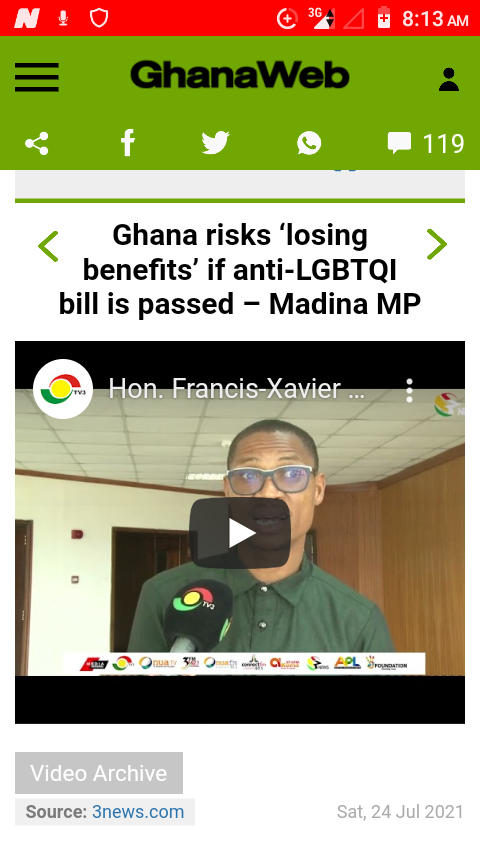 He clearly said: "Don't forget already the sentiments and the kind of emotions associated with legislating against this practice is very high. It has very serious international consequences. I daresay that Ghana will definitely lose some benefits as a result of passing this law "

"Not only will it be recipe for chaos, (but) it could derail the country in several ways as well," he additionally hinted. Could he be one himself?

However, a large number of Ghanaians totally disagree with what these LGBT advocates are saying. They have sided with Sam George, and confidently declared their support for him, for his bold and resilient efforts toward the protection and sustenance of the country's rich and hard-earned cultural values.

Could it be that Roland Walker is also in support of Sam George's entrenched decision? Well, he shared his post on his Facebook page for Ghanaians to get informed on the new development of the Bill. 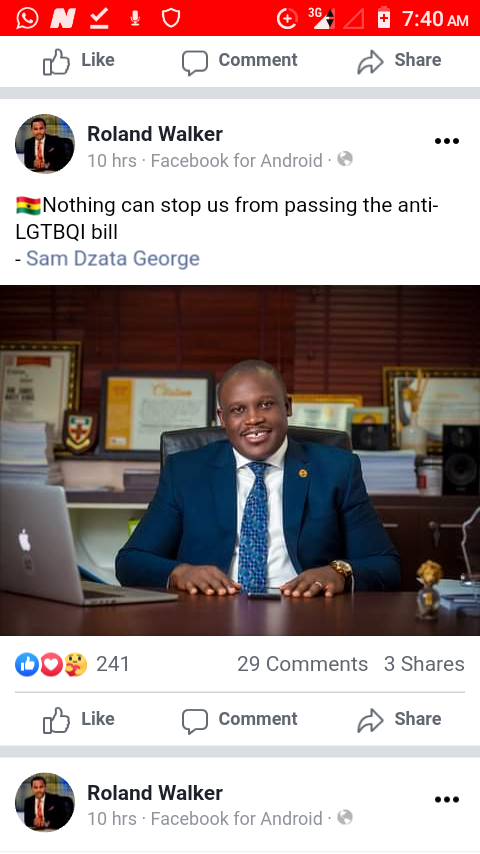 Below are how Ghanaians reacted to Sam George's statement/decision on the LGBTQI Bill: 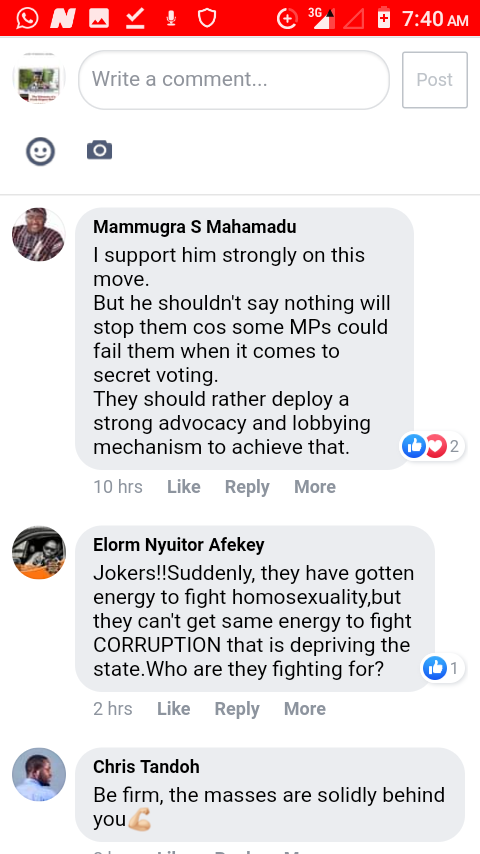 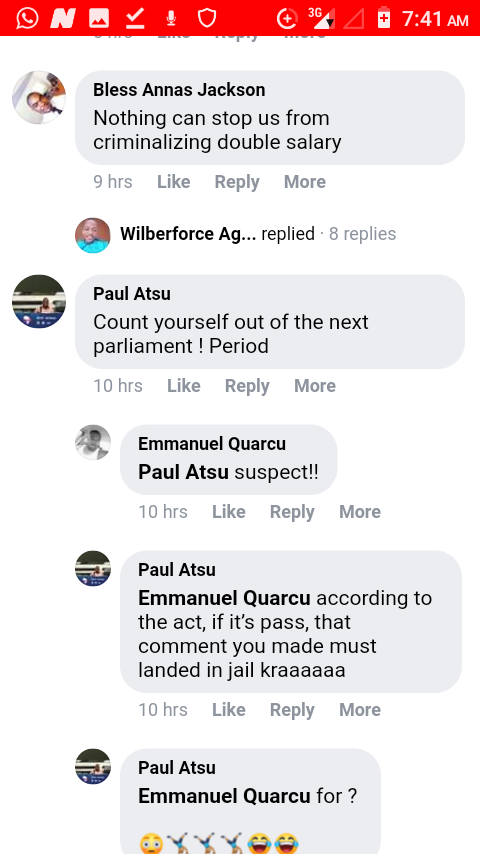 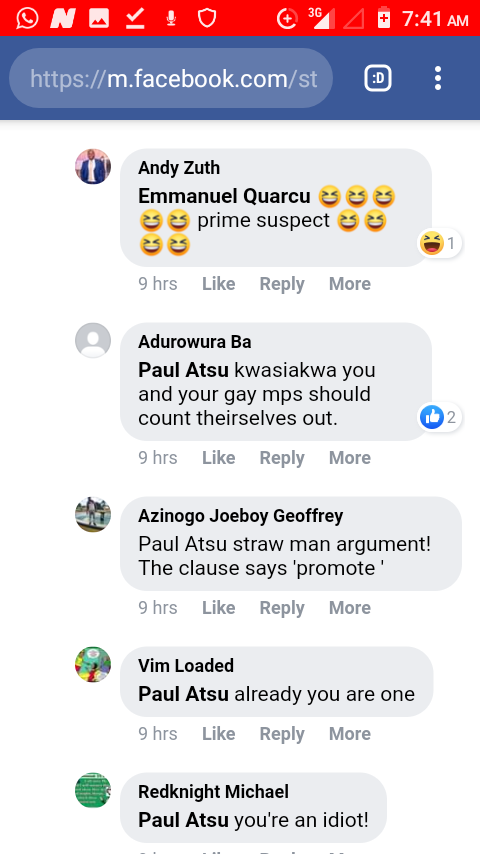 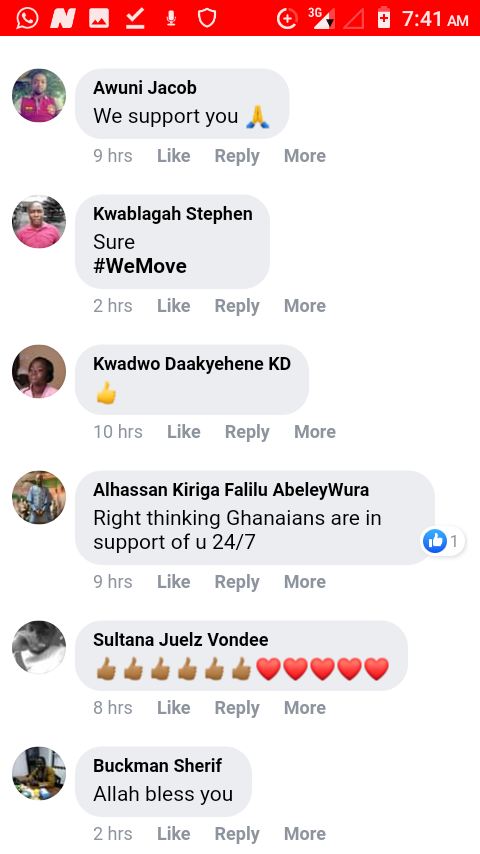 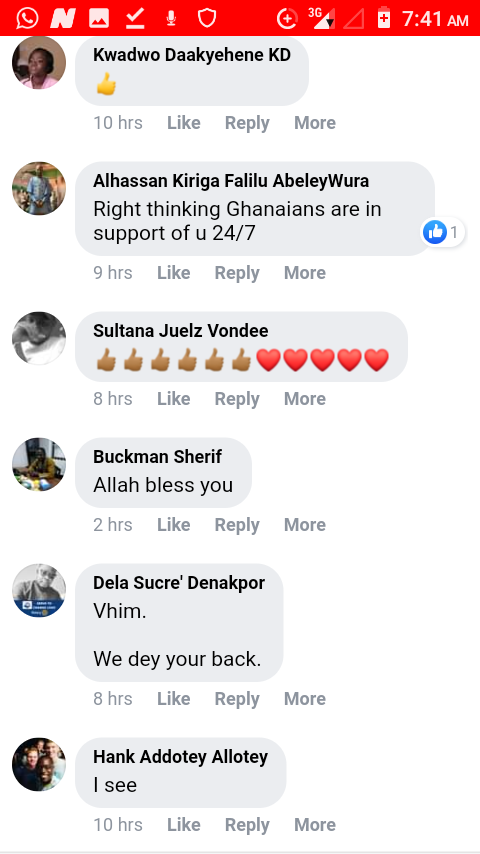