By GigaNews (self meida writer) | 1 months 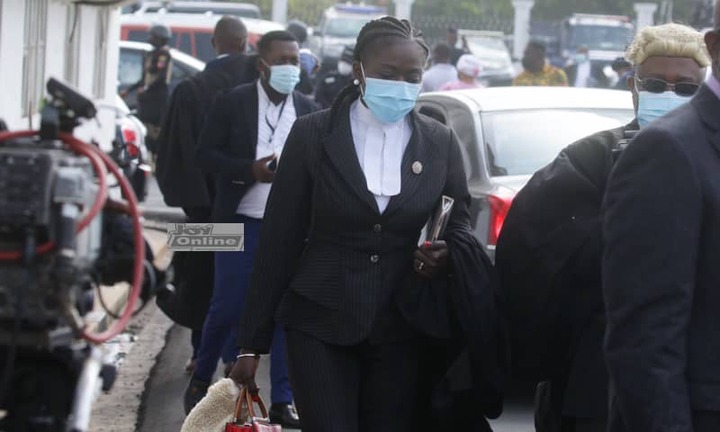 A legal team and a member of the new patriotic party communication has made it clear that there has been an administrative error by the Electoral Commission.

Nana Adjoa Adobea Asante Is the one who made the statement, thus  he made it clear that  she has  figured that constituted bolt pattern as alleged by the NDC were not significant enough to change the outcome of the 2020 elections.

She made a comment right after the Supreme Court ruled against the petitioner who is known as John dramani mahama in the 2020 election run off 2.

John dramani mahama petitioning the  Supreme Court ruled against the  to take for the outcome of the 2020 December voting,  he made it clear that the elections was ‘’flawed and fictitious’’.

After so many cool Downs and pull-ups in the Supreme Court the result was finally out not long ago and the petitioner further alleged that the Electoral Commission padded vote in favour of the NPP  government.

He made these claims based on the later the graduation of elections result by the EC after an initial one was made just recently.

The NDC legal team to however after getting this information has refuted the claims,  in a  A insisting that president nana addo dankwa akuffo-addo won the election with majority of votes cast in his favour

Johnson asiedu nketia [PW 1]  arrived at more than 50% threshold of Nana addo dankwa akufo-addo  when calculations were being made at the point in time. Is made the court stated that you  she cannot visit on the arrow and it's wrong to do so but  can use the correct figures that have been put out by the EC

Content created and supplied by: GigaNews (via Opera News )

Man Hides T-Shirt Used For Rawlings' Campaign In 1996 For 25 Years; Wears It With Pride Today