By SacramentoDistin (self meida writer) | 23 days

Ghana’s first President, Osagyefo Dr. Kwame Nkrumah was overthrown by a group of soldiers when he was out of the country.

According to those who lived in that era, it was something unthinkable and for many people it took a while before many people believed that truly, the first president of the country had been overthrown.

The overthrow came in its wake the expulsion of the first family out of the country. According to records, the standoff between the presidential guard and the forces who overthrew the government went on for a while until the former realized they were running out of firepower. A back up call to Shai Hills never arrived.

Another thing the forces did was to cut off the telephone lines leading to the Flagstaff House. Before the lines were cut though, the First Lady, Madam Fathia Nkrumah had placed a call to Egypt, informing them of what had happened. This timely call helped, as the Egyptian government flew in an airplane to carry the first family away.

Many Ghanaians however do not know that, General Acheampong’s government brought back the former first family in the mid-seventies.

Posted here is a picture of Dr. Nkrumah’s three children with Madam Fathia, Gamal, Samia and Sekou during their school days at Achimota. They however went back to Egypt in the early eighties. 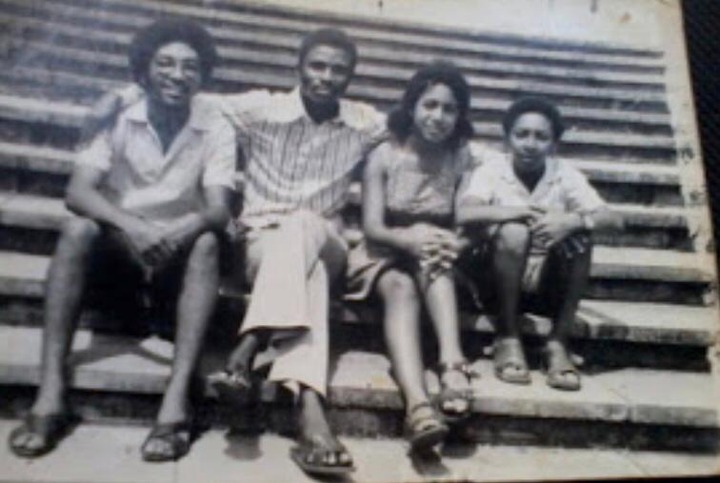 Moses Agbavito Impregnated His Own Daughter And Pleaded Guilty To The Court, Angel News Confirms