By Wysopera (self meida writer) | 16 days The former president of the Republic of Ghana in the person of John Dramani Mahama has today explained and confirmed his "do or die" comment. The comment has gone viral and has got the attention of many citizens of Ghana.

Many criticised the former president for his comment, relating it to the "All Die Be Die" comment made by the current president of Ghana, when he was in opposition.

Today, the former president of the Republic of Ghana, John Dramani Mahama in an interview refused to retract his comment as he throws more light on the comment. 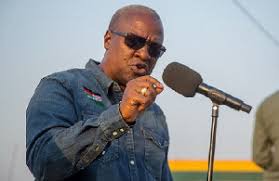 In the six O'clock news broadcasted by Joy News as projected by Jubilee FM on radio, the former president, his excellency, John Dramani Mahama made it clear that he meant no harm by stating that the 2024 elections would be "do or die". 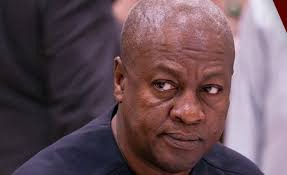 The former president, John Dramani Mahama has explained that his comment, "do or die" was an idiomatic expression in the English language and does not connote any act of violence. He has explained that the expression "do or die" refers to a critical situation in which one must do whatever he has to do to succeed or perish. By this, he simply means that they would take the 2024 elections very seriously and do all they have to do to win. He further explained that he would make sure that the polling agents at the polling stations are very serious with whatever they are supposed to do.

Do you think that Ghanaians misinterpreted the words of John Mahama?