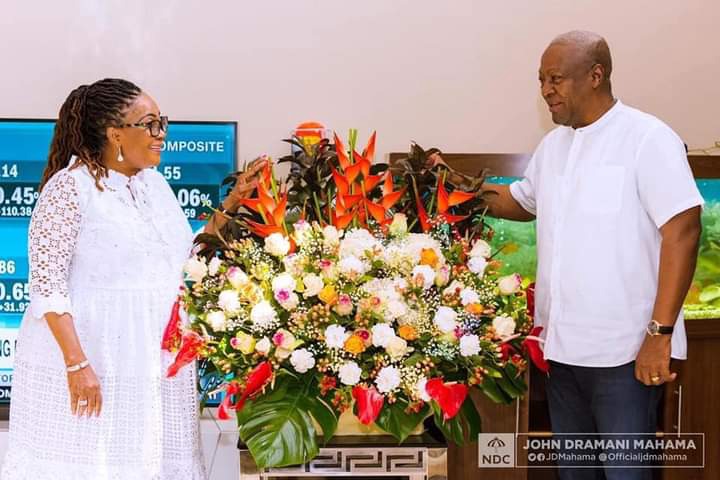 Member of the National Democratic Congress, Satan Xoese Dogbe has stated that he doesn't understand why NPP folks should be spreading fake news about former President, John Dramani Mahama's wife.

But NDC's Satan Xoese Dogbe has stated that it is not true and jabbed NPP party folks that he doesn't understand why NPP MPs, CEOs and staff of the presidency and other people should be sharing fake news about Mahama's wife.

He stated that "it’s obvious the Akufo-Addo Flagstaff House cannot govern without reliance on the production and dissemination of fake news.

It beats my mind that they consider fake news so integral to their governance architecture that when the materials are produced at the Presidency, it is not disseminated/ spread around by low level officers, but even their MPs, CEOs, staff of the Presidency and others. How shameful, President Akufo- Addo" and the statement is trending in the country monitored on social media platforms.

However, Stan Dogbe is telling Ghanaians that Lordina Mahama has not issued any statement to the general public and henceforth, Ghanaians should ignore the fake news NPP is trying to spread around.

ECOWAS Court Justice has cautioned Ghana on the anti-LGBTQ bill.