Dzifa Gunu, a party stalwart of the National Democratic Congress has alluded to the alleged statement of Hopeson Adorye as the unspoken truth in the New Patriotic Party(NPP). According to the gentleman, these same Machiavellian tactics were used against the former president John Dramani Mahama when they referred to him as 'Teni' to wit 'a Northerner' who isn't suitable to lead.

Hopeson Adorye a once Parliamentary Aspirant who contested the Kpone Katamanso seat on the ticket of the NPP is believed to have announced that within the party there are traditions and history. Which stipulate that politicians from the North are mostly attached to Presidential candidates as running mate. 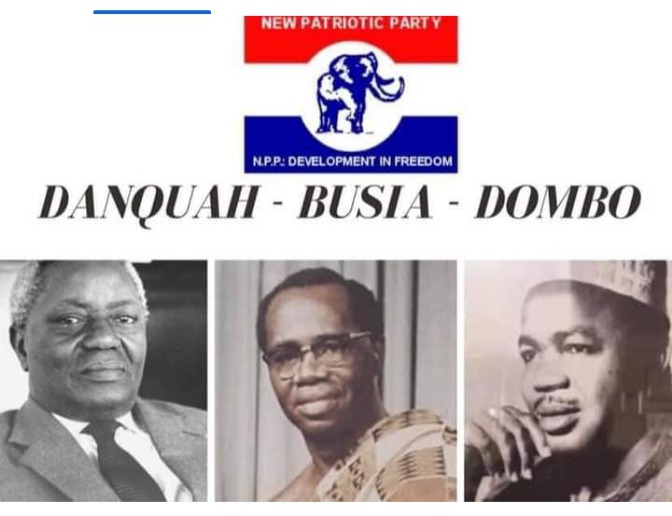 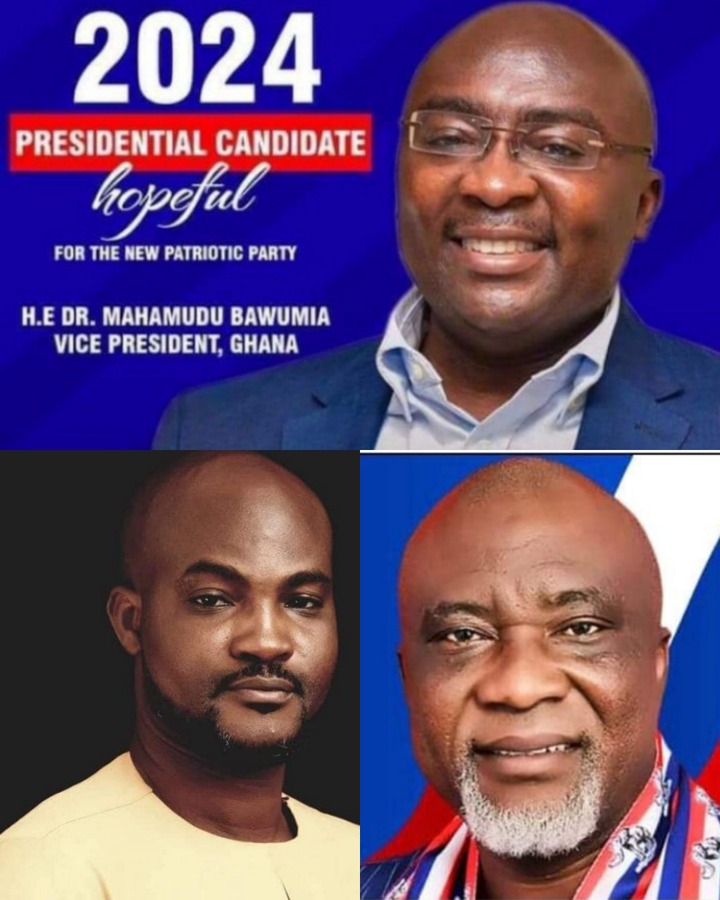 This statement doesn't sit well with the rank and file of the party and reactions have been spontaneous. Whiles some described it as unacceptable, others claimed he spoke the truth to some extent.

A few hours ago, the politician has denied that he ever said that and attributed the mischief to aides within Dr. Bawumia's camp for what he described as 'doctoring' the video. In all that, he referred to a certain formula that is being used by the party. 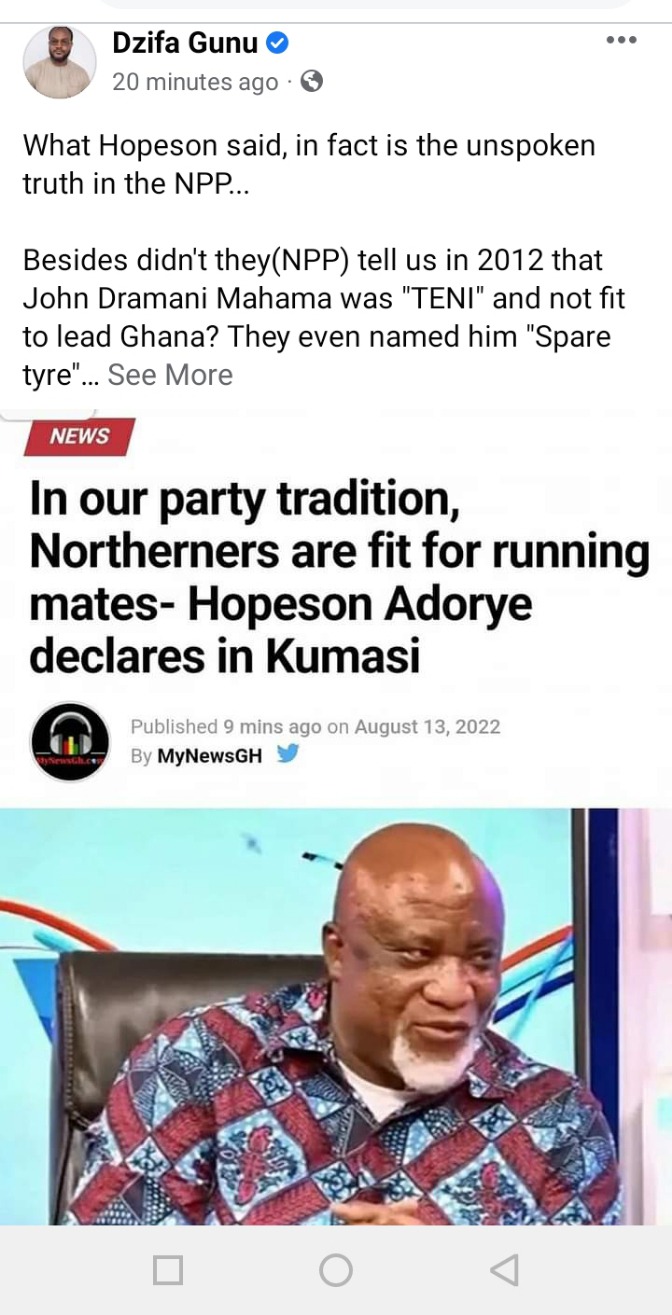 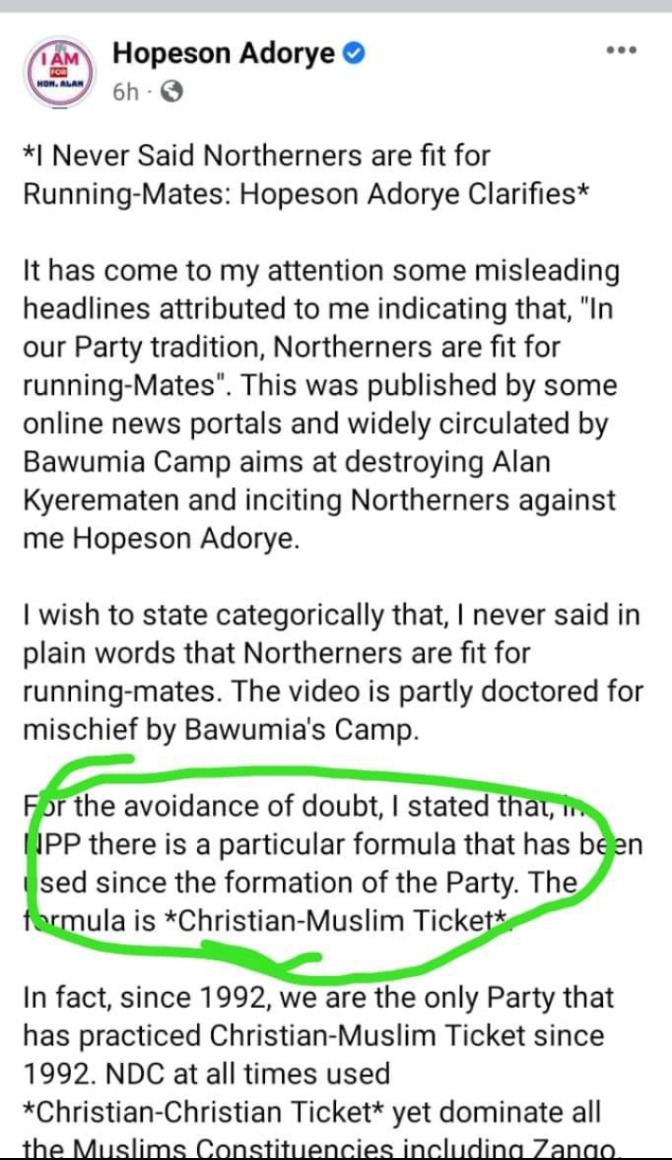 Uncle Hopeson from your disclaimer, you are referring to a certain formula. Please times and seasons can change things, the fact that northerner/Muslims are always selected as running mates doesn't mean it cannot be changed. There is always a first time, a Northerner can also lead the party into an election and there should be nothing wrong with that.