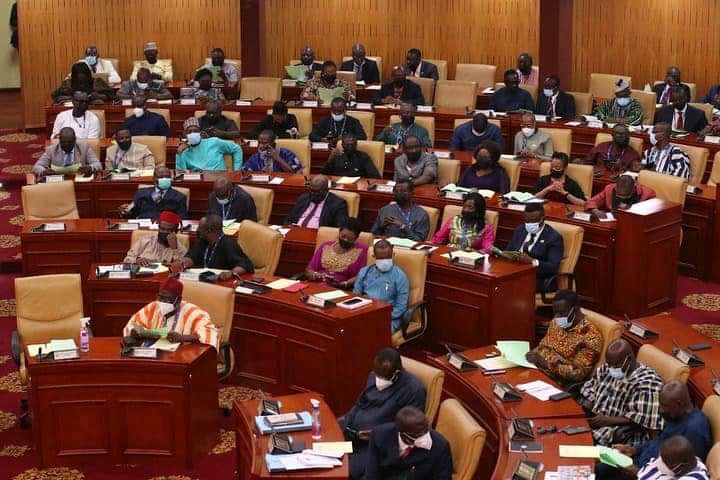 After a much heated debate all day long in the Parliament House, it (the House) finally rejected the proposed 2022 'Agyenkwa' Budget and Economic Policy presented by the Minister Of Finance, Ken Ofori-Atta on Friday evening, November 26, 2021, through a voice voting process.

A last-minute request by the Finance Minister to meet with the leadership of the House was turned down by Members of Parliament after the Speaker of Parliament announced that the number of 'Nos' had won the voice vote.

Speaking on behalf of the Minority Caucus, the Minority Leader, Haruna Iddrisu, has said that parts of the 2020 Budget Statement and Economic Policy, particularly the E-Levy taxation is inimical to the plight of the ordinary Ghanaian student and the tomatoes seller in the market. He said that its introduction is an attempt to reverse the progress of this country backwards. 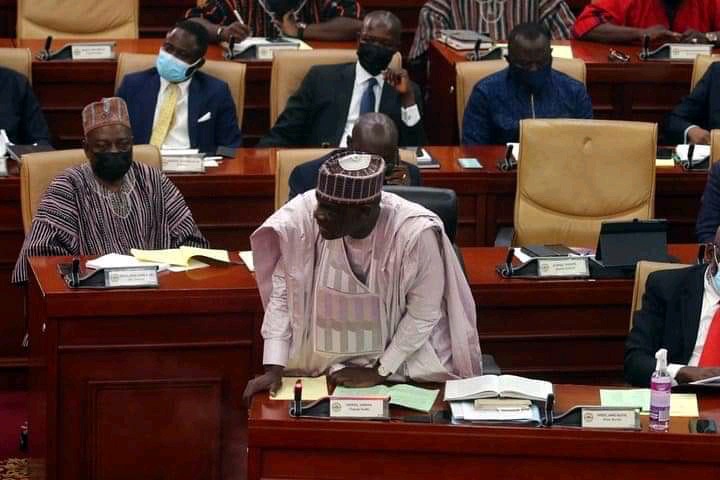 On the other side, the Majority Leader, Osei Kyei Mensah Bonsu refuted the statements of the Minority Leader and said that many worse taxes than the E-levy were instituted by the NDC government from 2012 to 2016. He made mention of petroleum tax and other taxes which raised the standard of living in those years.

Based on these opposing arguments between the two literally equal groups in the house, Deputy Majority Leader, Alexander Afenyo Markin, challenged the Speaker’s interpretation of the voice vote and called for a 'division'.

Mr. Bagbin subsequently directed that, per orders of the House, non-MPs had to vacate the Chamber during the division process.

While vacating the Chamber, the Majority MPs demanded that the General Secretary of the opposition National Democratic Congress, Johnson Asiedu Nketiah, who was sitting in the public gallery at the time, must also exit the House. He ignored this request.

This caused a much anger in the Majority MPs who walked out of the Chamber, leaving only members on the Minority side.

The Speaker of Parliament was once again compelled to suspended the sitting for some five minutes.