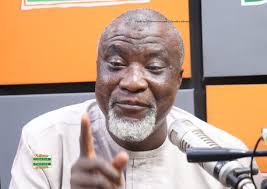 The NPP parliamentary candidate for Kpone Katamanso constituency in the last election Mr. Hopeson Adorye has disclosed that former President Mahama received a 49% increase in salary but was quiet over it. He made this disclosure on Wuntumi TV yesterday monitored by CitizenOne.

Mr. Adorye who was speaking on the agitation of teachers over the 4% increase in their salary accused Mr. Mahama of pretending to be on the side of the agitating teachers with his loud silence. According to Hopeson, Professor Ntiamoah Baidoo's presidential emoluments committee's recommendations covered all former presidents. As such former Presidents John Mahama and Kuffour equally enjoyed the increment. He described NDC communicators who dance to the tune of the public service workers by sympathising with them as hypocrites. Mr. Adorye also challenged the NDC MPs to come out to deny ever consenting to the committee's recommendations when it went to parliament. He said NDC MPs supported and approved the report when they realised Mr Mahama was going to enjoy the same salary as President Akuffo Addo. He however denied the allegation that the president increased his own salary by 70%. According to Hopeson, President Akuffo Addo wouldn't do such a thing because he cared about the plight of Ghanaians.

"How would Nana Addo increase his salary by 70%? It's not true. This president of ours cannot do such a thing because, he cares. President Akuffo Addo is taking the same salary as former President Mahama. I challenge him or any NDC MP who was in the 7th parliament to come out to deny what I am saying. It's all propaganda but I blame the NPP communicators for allowing this to go unchallenged", Mr. Hopeson Adorye said in Twi. 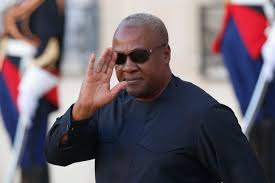 It will be recalled that Prof. Ntiamoah Baidoo lead Presidential Emoluments Committee recommended an increase in the salary of article 71 office holders by 100 points effective January 2017. It also recommended a regularisation of the allowances of the spouses of president and vice president. The committee placed the presidential spouses at par with cabinet ministers.

When the report was made public, there was a serious public outcry. The First and Second Ladies out of anger and disappointment wrote to the Chief of Staff, their intensions to refund all allowances paid them since 2017 even though that was not the issue under contention. It was not public knowledge however whether indeed the refund were effected or not. 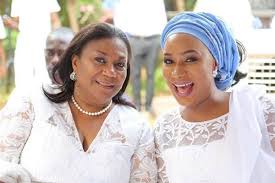 Four individuals including two MPs went to the supreme court in attempt to stop the implementation of the committee's report. The Bono Regional Chairman of the New Patriotic Party Mr. Kwame Baffo aka Abronye DC joined in the suit to withdraw the Prof. Ntiamoah committee which had already been adopted by parliament sometime last year.

It is not clear what Mr. Hopeson Adorye seek to achieve by revisiting the issue when had died a natural death a couple of months ago. If you have any idea, kindly take to the comments section and express yourself.

Do Not Destroy Your Life, Learn How To Break Unwanted Destructive Habits and Strongholds After You

Kwame Sefa Kayi Was Selected To Interview The President For This Reason, Kwasi Pratt Exposes