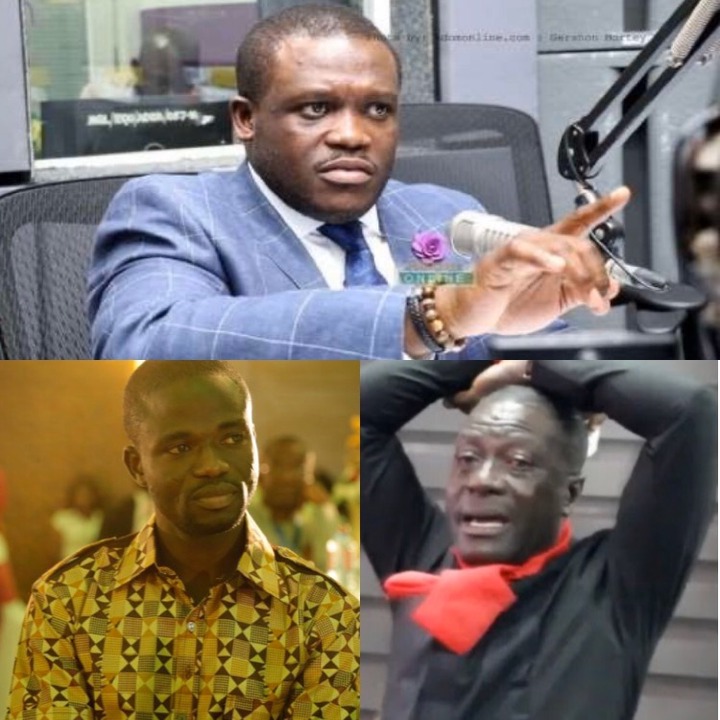 The member of parliament for Ningo-Prampram on the ticket of the largest opposition party, NDC has recently sparked massive stir, debates and arguments across all social media platforms after he boldly reacted to the unexpected arrest of the popularly known Ghanaian broadcast journalist, Captain Smart by the National Security Authority aside sending another strong message to Manasseh Azure over the most anticipated issue.

Speaking on the most anticipated case after being queried by the seasoned journalist, Manasseh Azure over media’s role in democracy under the NPP government, Sam George took the privilege to throw more light aside sharing his immense opinions and concerns over the alarming issue.

Whilst reacting to Captain Smart’s arrest, the popular politician highlighted whilst emphatically stating that, “a true democracy does not use intimidation to silence its critics. It does not make journalists go under or fear for their life”.

According to Sam George, freedom of speech isn’t a negotiable ingredient in democracy even though most Ghanaian journalists especially Manasseh Azure amongst others take it for granted and later end up fearing for their respective lives due to the harm they used their own platforms to cause which later affects their victims in the long run.

Sam George later descended on Manasseh Azure for boldly attacking the former President, John Mahama over guinea fowls flying to Burkina Faso even though all allegations were false.

”After lying about guinea fowls flying to Burkina Faso to achieve whatever political agenda you had against John Mahama, you were never arrested. Even when you could have set the records straight, you chose not to. You were never arrested. You watched on with glee as Mahama was bastardized with that story which you would later come to admit was a joke”, Sam George emphatically stated.

”You, should be the last person to ever seek to silence critical voices in a democracy. If you have lost your voice out of fear, continue to cower in your hole and let men and women speak up to save our democracy”, Sam George emphatically added.

Below is a look at Sam George’s recent post as he blasted seasoned journalist, Manasseh Azure that has caused massive reactions online. 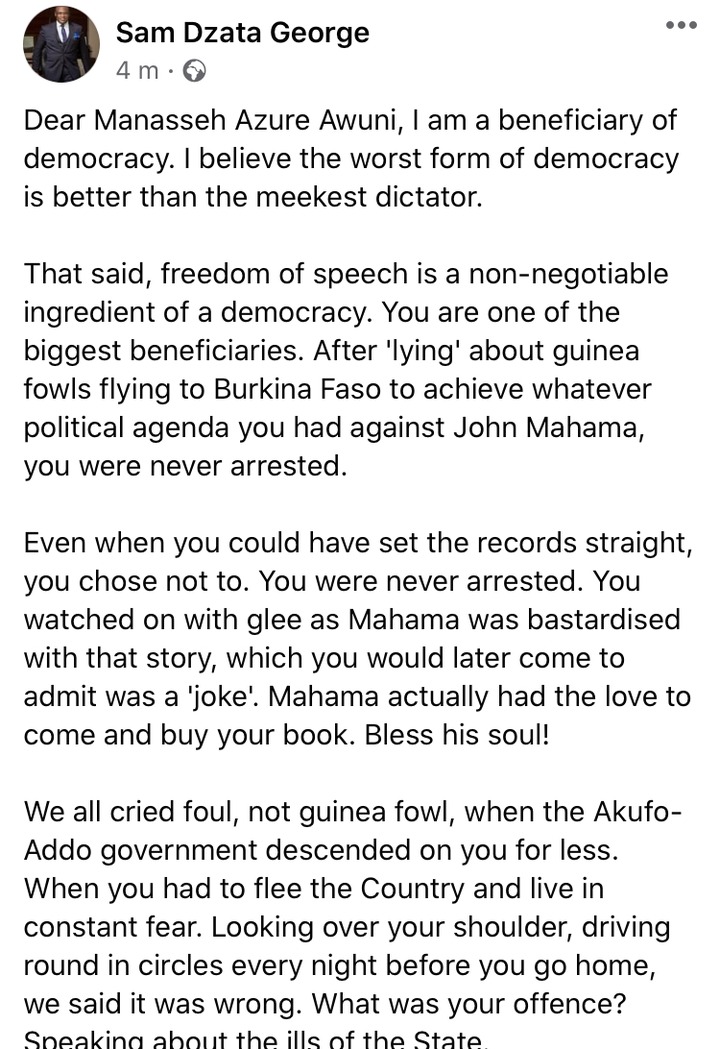 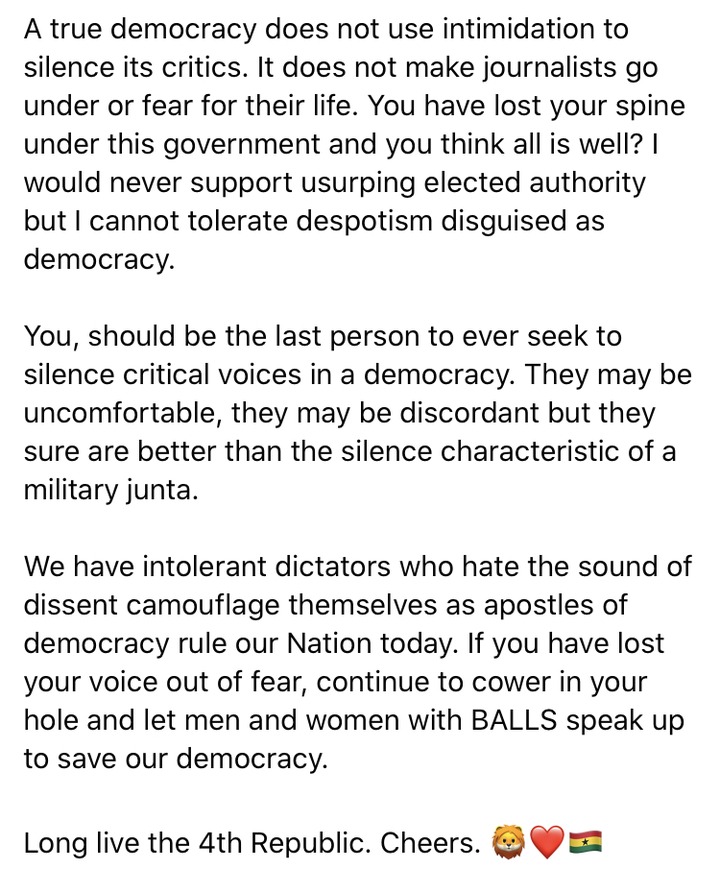 What are your thoughts on Sam George’s strong message to Manasseh Azure over journalism and democracy that has caused massive reactions online even though most individuals claimed otherwise?