The Little Secrets of Top Politicians In Ghana

By WorldToday (self meida writer) | 12 days

Politicians in Ghana behave in public as if they are enemies. They put up this behaviour to keep their followers on urge. Should politicians start showing love to one another openly, they fear to lose the trust of the grass-root. Therefore, they pretend to be ideological enemies, so that they can get their supporters to go out and vote in times of election.

They act like enemies in public, but in secret, they are very good friends. They will even readily help one another than they will help an ordinary citizen from their party's support base.

Another secret of politicians is that they form a clique with religious organizations and big businesses. This is why no matter who comes to power the rich business men still remain rich. The fake pastors or even the corrupt former government appointees never get investigated. You will observe that these people hardly end up in jail.

They will sometimes target a few young politicians who are not connected enough. Sometimes, they take a few opposition politicians to court, to give party followers the impression that they are enemies or fighting the ills of the previous government. However, this is just a charade.

Recently, we saw the Chief Imam of Ghana donate money towards the building of a Christian cathedral. 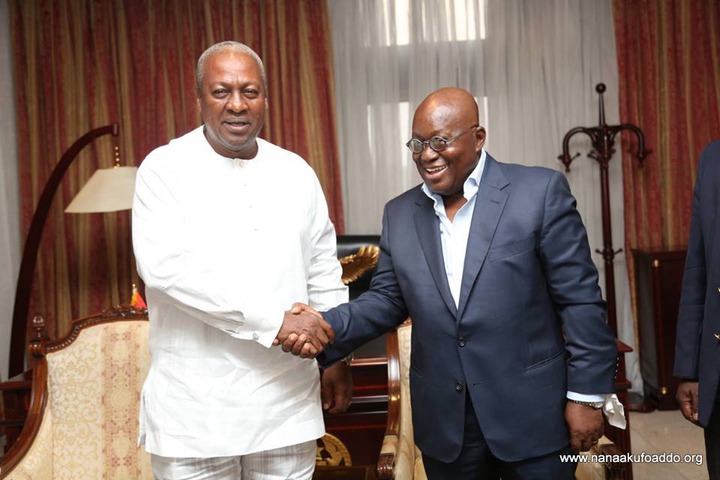 We have all along been made to believe that Muslims represent the antichrist because they do not believe that Jesus is the messiah. Therefore, many Muslims will not allow their beautiful daughters to marry Christian man and vice versa, simply because they think they are religious enemies.

Interestingly, here is the national Chief Imam donating to promote Christianity. In Islam, this act is supposed to represent an abomination because Christians are considered unbelievers in Islam. The secret behind this is simple, these religious leaders and politicians belong to an elite group. This donation is not to the ordinary Christian but to his elite Christian friends.

He donated because the members of his elite clique who are Christians need money to build a cathedral that will give them more fame. The cathedral is not for the poor citizens. It is a place for elites, like himself, the powerful Christian leaders, the president, former presidents and the rich. And since the Imam already has his national mosque he needed to help out.

In conclusion, politics, religion and big business are intertwined and support one another. In Ghana, the military is not so sophisticated like in the US. If they were, they would have also contributed admirals and generals to his clique. In spite of this, I believe that a few high-ranking officers are also members.

Therefore, the next time you think of fighting your poor brother because of a political party or religious affiliation, remember that the elites are friends.