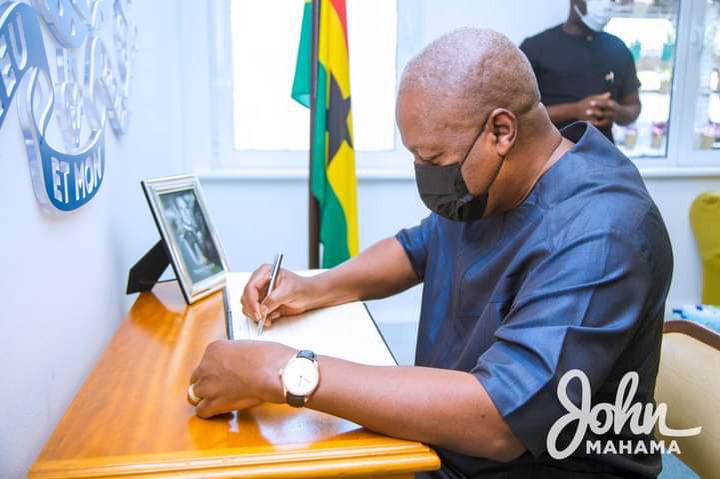 Former President, John Dramani Mahama has has signed the book of condolence for the late His Majesty Prince Philip, Duke of Edinburgh husband of Queen Elizabeth II, the Royal Queen of United Kingdom.

His Majesty Prince Philip, Duke of Edinburgh death was announced some few days ago when his death shocked the entire world and the world is still mourning the leader who touches a lot of lives with change and expressed good gratitude towards humanity when was alive. 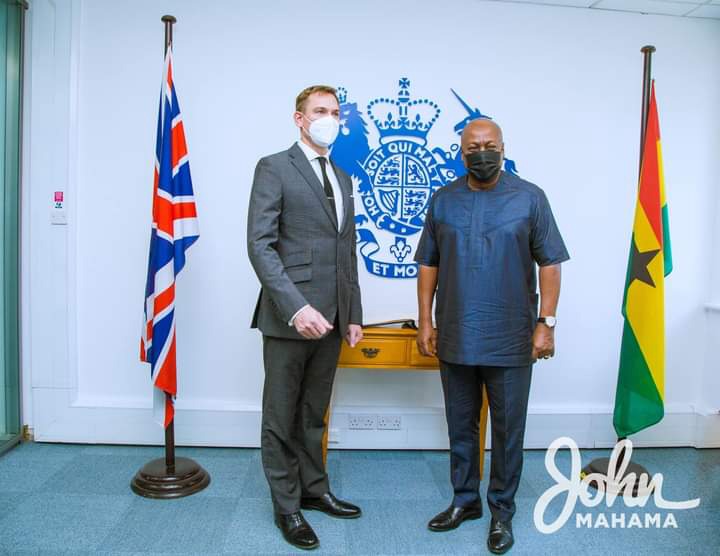 When his death new broke by the Royal Family, a lot of people across the world sends in a condolence message message to the Royal Queen Elizabeth II. A lot of prominent people have sends in message including President, Nana Addo Dankwa Akufo-Addo and also people saw messages from United States president, Joe Biden and former President in the United State, Donald Trump.

Today, former President, John Dramani Mahama has signed the book of condolence opened at the British High Commission for his Majesty Prince Philip, Duke of Edinburgh. 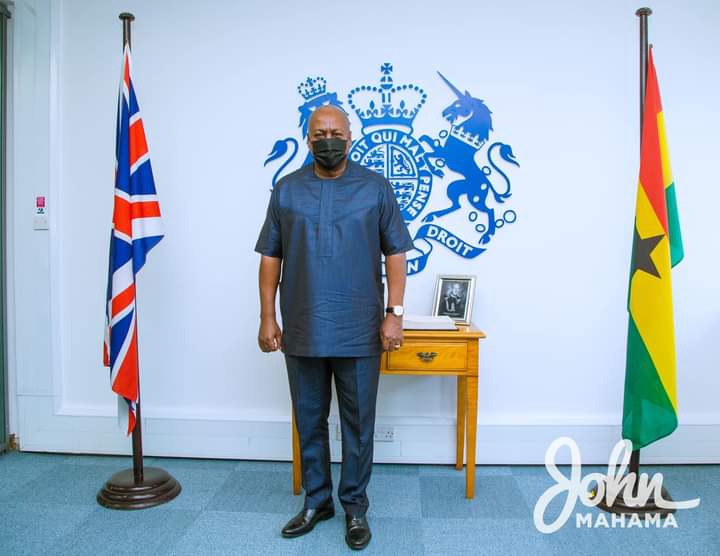 Former President, John Dramani Mahama said the past leader live a long and fulfilling life during which he touched the lives of many across the world including young people.

Read his message below;

I signed a book of condolence opened at the British High Commission in Accra for Prince Philip, Duke of Edinburgh. 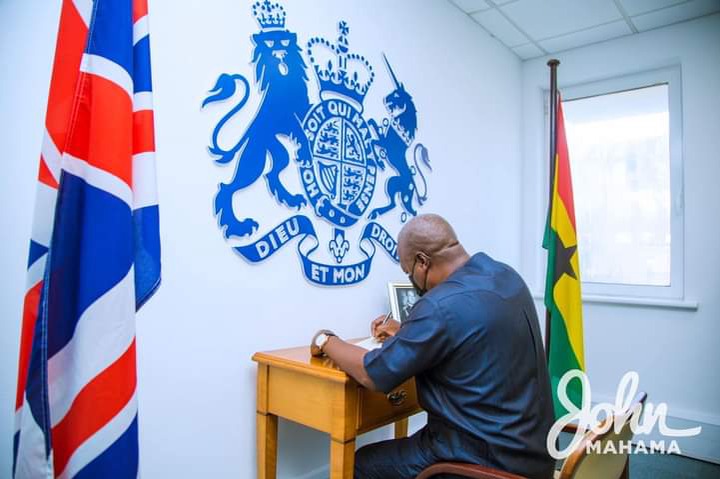 He lived a long and fulfilling life during which he touched the lives of many across the World, especially young people.

At this time, our hearts go out to Queen Elizabeth II and the Royal Family.