The Minority Caucus in Ghana’s Parliament has called on President Nana Addo Dankwa Akufo-Addo to consider setting up an independent committee of inquiry, as a matter of urgency, to investigate the circumstances under which the 100.10 grams of cocaine impounded by the Narcotics Control Commission (NACOC), and entrusted in the custody of the Customs Division of Ghana Revenue Authority (GRA) disappeared. 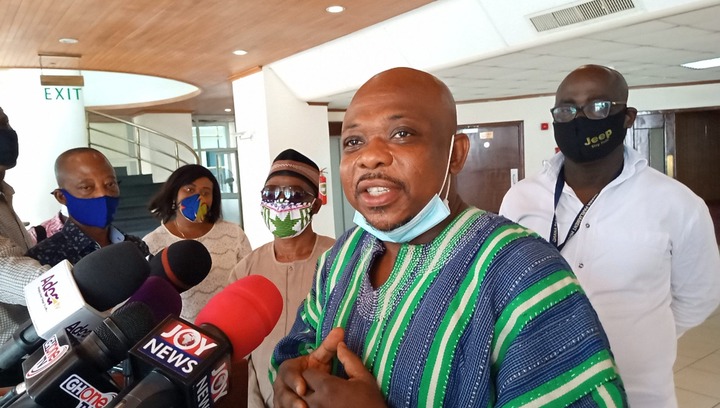 The disappearance of the whitish substance suspected to be cocaine came to light when the Director General of NACOC, Mr. Francis Torkornoo publicly lamented that the Customs Division of the Ghana Revenue Authority failed to account for the substance after his outfit had seized and handed over the substance and an amount of Two Hundred Thousand Dollars (USD 200,000) to them.

Details of Mr. Torkornoo’s account of events which occurred on Friday, June 5, 2020 suggests that something suspicious happened after his outfit impounded a vehicle which had this suspected substance concealed under its fuel tanker together with the money and handed them over to the Custom officers at the Aflao border.

He narrated that, whereas a decision was taken to send the vehicle and the packages seized to Accra for the commencement of investigations, the Custom officers in and around the same duty post declined to allow the officers of NACOC to proceed to Accra with the seized items with the pretext that they needed clearance from their superiors in Accra.

However, when a further inventory was taken of the packages recovered from the impounded vehicle two days later, the 100.10 grams of the whitish substance suspected to be cocaine could not be accounted for.

Addressing the media in Parliament on Wednesday, June 17, 2020 on the issue, the Minority Spokesperson on Defense and Interior, James Agalga, blamed President Nana Addo-Dankwa-Akufo-Addo for the confusion among the two government agencies.

He said, “The Minority in Parliament is of the considered view that, the lack of synergy among the country’s security agencies at our borders mirrors the failure of the leadership of President Akufo-Addo as Chairman of the National Security Council. Such failure portends grave danger to our national security as a whole.”

The Minority raised a number of questions to unravel the mystery surrounding the disappearance of the cocaine and also to drive home its point about a lack of coordination among the country's security agencies along the borders.

Mr. James Agalga demanded to know how the impounded vehicle manage to cross the Aflao border into Ghana at a time the country’s borders remain closed as part of measures rolled out by the President to stem the spread of COVID-19.

He also asked whether the security agencies, including NACOC, Customs, Immigration, police, and the Bureau of National Investigation (BNI) are not required to collaborate in their quest to protect the country against the commission of cross-border crimes such as drug trafficking, smuggling, child trafficking and even terrorism any more.

The Minority further asked if it was not the case that at the level of the National Security Council Secretariat (NSCS), there exist the Joint Intelligence Committee (JIC) which coordinates the operations of all the security and intelligence agencies with the view to promote efficiency, information sharing, and also to root out unnecessary turf wars.

The Ranking Member on the Parliamentary Committee on Defense and Interior, James Agalga, therefore called on the government of President Akufo-Addo to follow precedent by allowing an independent body to thoroughly investigate the Aflao cocaine saga.

President Kufuor set up the Georgina Wood Committee of Inquiry in 2006 to investigate the disappearance of 77 parcels of cocaine from the MV Benjamin cocaine issue . Similarly, in January, 2008, the then Minister for Interior, Kwamena Bartels, also set up the Kojo Armah Committee of Inquiry to investigate the circumstances that led to the substitution of cocaine with flour at the police exhibits room at the CID headquarters in Accra.