Videos shared widely on social media on Monday showed hundreds of people running alongside a US military jet as it prepared to depart Kabul airport.

One video showed several people climbing onto the plane as it progressed down the airport’s runway, some of whom appeared to be hanging off its moving front wheel. The Taliban has declared the war in Afghanistan over after its fighters swept into the capital, Kabul, and President Ashraf Ghani fled the country.

Kabul, the ultimate prize in every Afghanistan war, fell to the Taliban Sunday, completing their takeover of the country in a lighting offensive that saw provinces and warlords give up without a fight, days after the hasty withdrawal of US troops. 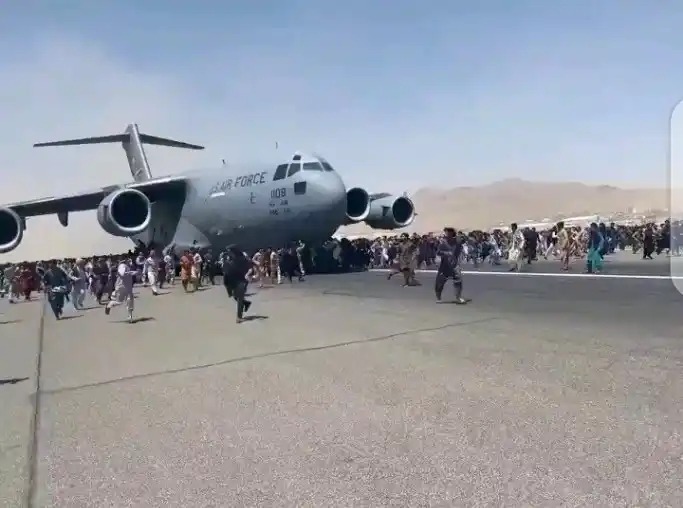 Over the past three days the Biden administration authorized more troops for the Kabul airport, but only a portion of them have arrived in part because of the lack of security. There are now approximately 2,500 American troops on the ground, with thousands more on the way over the next several days, Pentagon press secretary John Kirby said on Monday.