So Sad: This Is Why John Mahama May Not Win Power In 2024

The flagbearer of the opposition National Democratic Congress (NDC) in the 2020 general elections, former president John Dramani Mahama is still determined to return to power as Ghana's president in 2024. 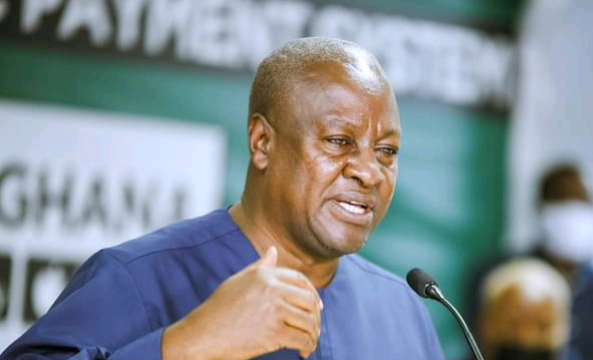 He seems to be the most likely person to be elected as the party's flagbearer in the next general elections in 2024, as he is currently the most popular and admired individual in the party now. However, our checks reveal that the opposition party's icon is still going to struggle in the next general elections if the party re-elects him as their flagbearer. He has already lost power on two successive occasions, in 2016 and 2020, by a very wide margin to the NPP's Nana Addo Danquah Akufo-Addo.

The following are some of the reasons the former president may not win power in 2024 again:

2. His mistakes as president: former president John Dramani Mahama has already admitted that he made some mistakes when he was president of Ghana. Some of these mistakes, according to Ghanaians are cancellation of student allowances, dumsor crisis, airbus scandal, etc. These can work against him in 2024.

3. Internal party wranglings: there is no doubt that the NDC will have to deal with very intense wranglings within the party in their 2024 presidential primaries. A lot of individuals within the party are against Mr. Mahama's candidature and will therefore go all out to oppose his re-election as flagbearer of the party. This will create heated tension within the party, making their chances of winning power again very bleak.

The above are a number of factors that are likely to stand in the way of former president John Dramani Mahama as he makes another attempt to mount the presidency again in 2024.

If Prophecies Come True In Politics, John Mahama Would Have Won Both The 2016 And 2020 Elections