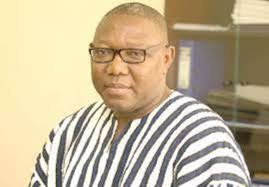 You see, the stark difference between President Akufo-Addo and his immediate predecessor in the use of the Ghanaian taxpayer’s money is the fact that whereas former President Mahama preferred to criminally spend the people’s money by stashing it into his personal bank accounts and dividing just a tiny bit of it among his cronies and political associates, to the detriment of the Ghanaian people at large, of course, Nana Akufo-Addo more wisely and far more meaningfully and progressively prefers to spend the Ghanaian taxpayer’s money on the welfare and business of the Ghanaian citizenry at large. Even assuming hypothetically that, indeed, the Fee-Free Senior High School System or Policy Initiative is on the verge of collapsing or “dying,” as Dr. Apaak puts it, it still cannot be casually denied that Mr. John “SADA-Akonfem” Dramani Mahama did not even half attempt to initiate a Fee-Free Senior High School System.

Instead, Kwame Gonja, as Mr. Mahama is also popularly known, went on the campaign trail and attack by criminally and unconscionably lying to Ghanaian voters and the citizenry at large that the Fee-Free Senior High School Policy Initiative had been tried and tested in dozens of African countries and been found not to be feasible or practicable, and that the then-Candidate Akufo-Addo was merely employing the opportunistic language of a desperate politician who craved power but did not really have any morally refreshing or visionary and progressive development agenda for the country. 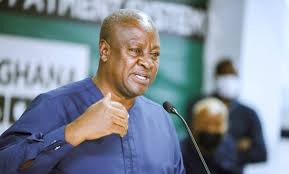 Well, five years later, Ghanaians are still witnessing the Big Lie that was the John Dramani Mahama-led kleptocratic and double-salary drawing government of the National Democratic Congress. If, indeed, Dr. Apaak was really interested in highlighting the wasteful spending of the people’s money, when he took the floor of the august House of Parliament, during the very heated debate over the 2022 National Budgetary Statement, the Builsa-South’s NDC-MP could readily have cited the globally infamous example of the inexcusably ethnocentric Mahama-constituted Board-of-Governors of the copycat Savannah Accelerated Development Authority (SADA), which did absolutely nothing to advance the development of the northern half of the country.

Instead, the SADA capstone project of the then-President Mahama ended up filling the pockets and bank accounts of the wholly northern-born and northern-descended members of the SADA Board-of-Governors. But even more important to underscore here is the practically incontrovertible fact that flying luxurious jets abroad on assignments on behalf of the Ghanaian people, taxpayer and non-taxpayer alike, outside the ECOWAS region, has not prevented President Akufo-Addo from keeping the John “Six Cars” Agyekum-Kufuor-established National Health Insurance Scheme (NHIS), which Mr. Mahama thoroughly bankrupted, afloat, solvent and functionally credible to healthcare providers across the country. This remarkable achievement in of itself ought to educate this self-righteous National Democratic Congress’ Member of the Parliamentary Education Committee about the fact that merely chartering and flying expensive luxury jets has very little to absolutely nothing to do with any economic difficulties that the country may be excruciatingly experiencing. 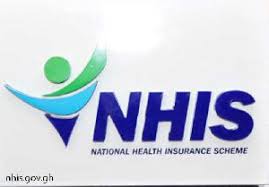 Rather, it has everything to do with genius leadership skills and visionary administrative competence. Which, of course, absolutely in no way ought to encourage wasteful government spending. It is also rather asinine for the Builsa-South NDC-MP to be haranguing Nana Akufo-Addo over the “granting of waivers” at the nation’s port facilities and the problem of “under-invoicing,” which, by the way, is more widely known to have been riotously and rampantly pursued by the Mahama regime, of which Dr. Apaak, a former NGO activist-convener, was a wastefully paid Mahama Presidential Staffer with nondescript duties who once reported to the media that he had been robbed of a huge sum of liquid cash, of unspecified origin, that he had unwisely decided to keep in his private Accra residence, rather than wisely in the bank.

The point here is that Dr. Apaak seriously lacks the requisite credibility and common sense that would qualify him to presume to instruct Nana Akufo-Addo on how to more frugally or competently manage the people’s money. I am, however, certain that the President would welcome any forensically credible comparative analysis of Presidential Expenditures between the Mahama and Akufo-Addo administrations. You see, when we talk of the Presidency, it encompasses all levels of the Executive Branch of Government, from the local or village level, municipal and district levels, as well as regional to the national levels. Dr. Apaak does not seem to fully appreciate this reality of democratic governance.

Even more significantly, had he been paying sedulous attention to the Speaker of Parliament, a member of his own political party, to wit, the National Democratic Congress, Dr. Apaak would have heard Mr. Alban SK Bagbin smugly and recklessly assert that the Presidency or the members of the Executive Branch of Government have absolutely no right, whatsoever, to presume to admonish the membership of the Legislative Branch of Government on the imperative need to rein in or put a cap or limit to its spending of the taxpayer’s money. This is clearly a Parliament that has absolutely no authority, morally or legally, to presume to be entitled to wielding supervisory rights over the two other branches of our democratic system of governance, namely, the Executive and the Judiciary.

You Are Worse, Ghanaians Massively React To Mahama's Claims That Nana Addo Has Destroyed The Economy