"Sorry for insulting you", Ghanaians finally apologize to Mahama? (Feature)

By CitizenOne (self meida writer) | 21 days

To err they say is human but to forgive is devine.

Sometimes it's difficult to forgive people who offend you especially if they are the very people you ever helped. It is even more painful if they did it deliberately.

President John Dramani Mahama will go into history as the most villified president in Ghana. He endured a lot and his crime was being president. His name was attached to anything bad in the country. Road accidents were caused by Mahama, dumsor Mahama, hamartan Mahama, too much rain Mahama, fire outbreaks Mahama, corruption Mahama, flooding Mahama, armed robbery Mahama, collapse building Mahama, fuel increment Mahama even Ebola was attributed to Mahama. 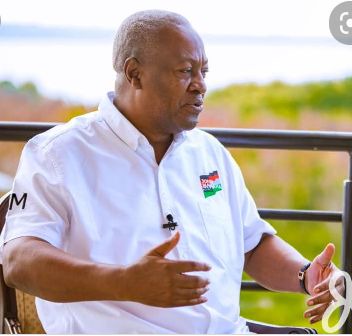 His archopponent Dr Bawumia called him the incompetent one among other unprintable names. Yes, as president and head of state, he was responsible for whatever happened in Ghana. It was as if there was no minister, MMDCE, CEO or Chief Director in Ghana. Everything was Mahama and Mahama alone.

The only things that were not attributed to Mahama were the positive ones.

Ghanaians were made to believe that John Mahama was evil and if eliminated, Ghana would be like heaven. Little did we know he was the saviour but were only "crucifying" him based on false accusations.

Fast forward, the tables turned and John Mahama became former president. All of a sudden, his good deeds began to surface to the admiration of all. The roads, hospitals, schools, affordable housing, etc became his legacy. The regret and the shame associated to Ghanaians who called him names were also legendary. 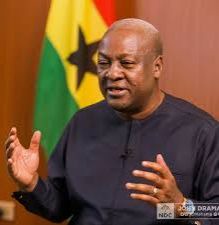 There have been growing calls on Ghanaians to apologize to the man for all the damage we did to his personality. Almost every one buy into this call, no one was ready to lead the pace.

Well finally, the apology has come and we are waiting on the former first gentlemen to either accept or decline.

On behalf of the over 30 million Ghanaians, Lawyer Nti Keteche Bombey Isaiah of Kejetia vrs Makola fame has rendered an apology to President John Dramani Mahama for the insults rained on him during his tenure as president. 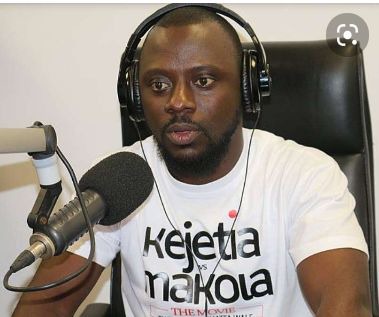 Taking to his Twitter account, Lawyer Nti told the president to find a place in his heart to forgive Ghanaians. He said we did what we did to him because of politics. The law student in real life advised Ghanaians to avoid politics of insult. He used the opportunity to register his displeasure in the Akuffo Addo government but was quick to add that no one should insult the president because of that.

Since the apology was rendered, many Ghanaians have reacted. Many have praised the comedian for leading Ghanaians to do the needful. Unfortunately some mistook him to be in his usual comic mood.

But the reality is that, the man spoke for and on behalf of all Ghanaians and no one has the right to reduce it to comedy. After all, he was not at the theatre when he made the statement and he didn't make the statement in a movie.We therefore have to take him as serious as possible.

We appreciate your contribution by way of comments. Keep it up