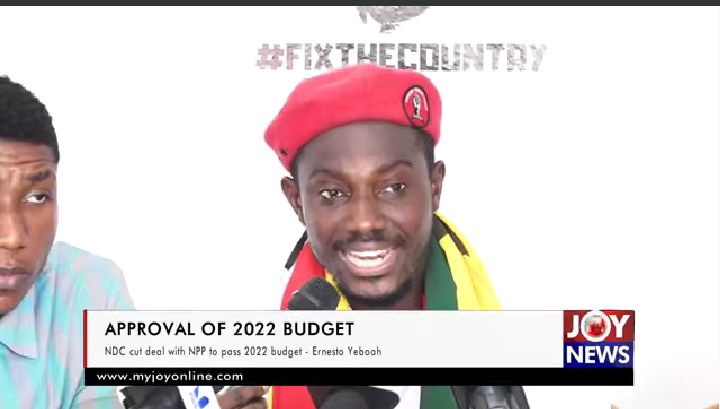 He claims, he listened to an interview of Okudzeto Ablakwa, and he said the Minority didn't come to the floor of parliament during the proceedings because it was a strategy they took.

According to him, the Minority in Parliament has received bribes from the Majority so that the budget would be approved.

He claims after a few inquiries he made, the Minority in Parliament were in their offices when the budget was being processed to be approved.

He said; "I can't believe the Minority in Parliament we all think are Angels have done this to Ghana, they collected bribes from the New Patriotic Party Members of Parliament to approve the budget which included the Agyapa deal"

Ernesto Yeboah claims the Minority In Parliament took a token from the Majority to approve the budget.