By Instantnews1 (self media writer) | 10 months ago 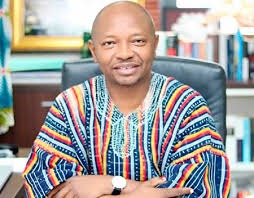 Former NDC MP for Kumbungu Ras Mubarak calls for a reshuffle of the leadership of the NDC minority in parliament.

This follows the inability of the Caucus to vote against some of President Akufo-Addo's cabinet candidates.

Speaking to Manuel Koranteng of JoyNews, he said the NDC leadership in the House had failed to strategize and make gains on their numbers.

“As far as I am concerned, there is no better time to consider the change in leadership when clearly the base of the party feels abandoned by the caucus in Parliament.

“These are debates that we also have on television, what explains the figures that we had in Parliament yesterday? Obviously, something must have gone wrong, ”Mubarak said.

He said many NDC supporters and “neutral” Ghanaians are all disappointed with the party leadership for not holding on.

"I do not see how we can resuscitate confidence in the leadership of the House if there is no reshuffle, not a complete overhaul, not a partial overhaul."

However, he failed to name who should be forced to take over, explaining that he would not want to speculate on who should be chosen since he is no longer an MP.

Parliament voted to approve the nominations of Kojo Oppong Nkrumah, Hawa Koomson and Dr Owusu Afriyie Akoto which were opposed by NDC MPs on the Nominating Committee.

After a secret ballot, the Minister-designate of Food and Agriculture, Dr Afriyie Akoto, received 143 votes (53.96%) out of 265 ballots issued with a spoiled ballot. 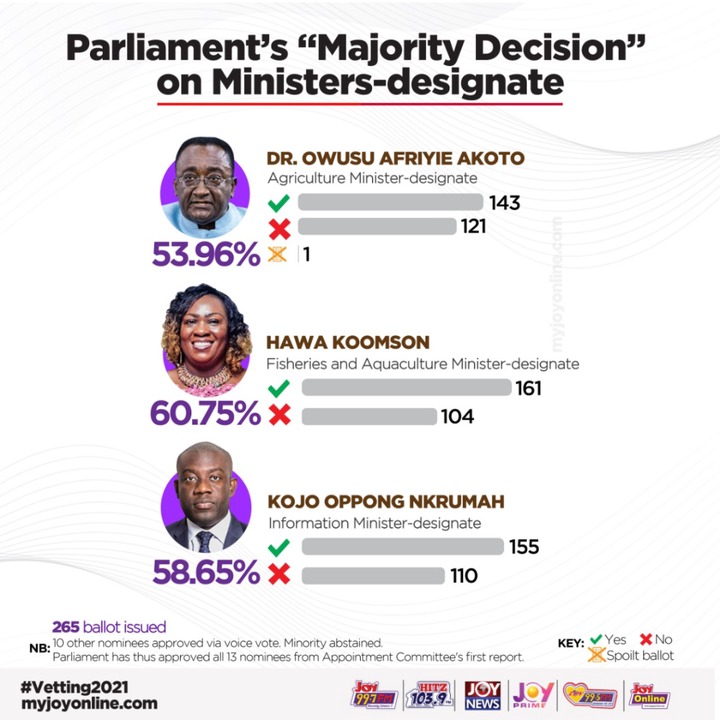 This result, which saw three appointed ministers exceed 50%, makes them eligible for approval under the Rules of Parliament.

In total, the House approved the 13 ministerial appointments in the Appointments Committee report.

After the poll, NDC national communications official Sammy Gyamfi said the party's parliamentary leadership had let the party down.

“And we must not let them succeed in their parochial quest to destroy the NDC, the party that has done so much for them and for all of us. The shame they brought to the party will forever hang like an albatross around their necks, ”he said in a post on his Facebook page on March 4.

"It was not the Speaker of Parliament who held the hands of some NDC MPs who voted as they did."

“It is completely wrong for anyone to seek to attack the integrity of the Speaker for the turn of events in the House. Normally, in Parliament, Speakers would defer to the House. They preside, it's their job, they don't dictate.

He said that the blame cannot be placed on the President's doorstep when it is the party leaders who have failed to strategize.